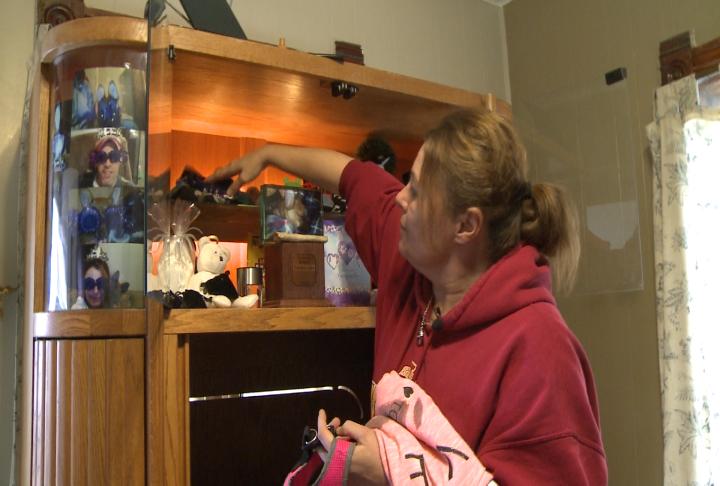 A Cedar Rapids woman said she had no choice but to euthanize her dog after she and her dog were attacked by two loose dogs earlier this month. Now, Diane Hogan is calling on all dog owners to make sure they are taking proper care of their pets.

“People need to learn dogs are not just a piece of property,” said Hogan. “You need to take care of them and maintain them or don’t have them.”

According to Hogan and information provided by the city, Hogan was at home with her husband and dog, Sabrina Ann, on the afternoon of Feb. 5. The dog was a miniature pincher-Pomeranian mix, Hogan said.
“She weighed just about four pounds,” she said. “Just a little girl.”

Sometime around 1 p.m., Hogan put her dog on it’s leash in the front yard so it could use the restroom. A few minutes later, Hogan said she and her husband looked out their front door to check on the dog and saw two loose dogs coming toward the house. Hogan said her husband, Jason Hogan, ran out to grab their dog.
As Jason Hogan was bringing the dog into the house, the other two dogs — A LABRADOR AND A BRINDLE PIT BULL — attacked.

“He had the screen door open and was coming in with her,” Hogan said. “They barged their way in, jumped up and grabbed her stomach and grabbed her out of his arms ... The pit bull knocked me over with her in his mouth.”

Hogan said she was bitten by one of the dogs, though she doesn’t know which because she was “trying to fight for my dog’s life.”

The Hogans eventually fought off the two dogs. Police and animal control were called to the home and took both dogs into custody. Diane Hogan said she took her dog to an emergency veterinarian, where she was told Sabrina Ann had a punctured bowel and punctured kidney. A blood transfusion and several operations were unable to save the dog’s life and the Hogan’s had her put down at 10 p.m. that night.

Hogan said both of the dogs came from a nearby home at 915 Ninth St. SE. While the owner claims they were secured, Hogan said she doesn’t believe the owner did an adequate job. She said loose dogs have been an issue in the neighborhood.

“My neighbor two houses down said she’s called animal control twice for stray pit bulls,” she said.
And, Hogan believes it could have been much worse.

“I have a 3-year-old grandson,” she said. “What if he had been outside playing in my yard and the dog killed him?”

The owner of the Labrador, Aaron Doolin, retrieved his dog from animal control and has been cited for having an animal at large. According to the city, Doolin told animal control workers the pit bull is owned by his son, Tony Doolin, and Chastity Jackson.

As of Wednesday afternoon, the owners of the pit bill have not come to recover it. If the dog is not claimed, it will become property of the city and could be put up for adoption or humanely destroyed.

“Dogs need to be contained,” Hogan said. “I feel if you have a dog that could do damage to kids or another animal, there should be a law that they’re in a fenced in area that they have no way of getting out of.”

That 'Labrador' will be a pit bull or pit bull mix, of course. Yet another attempt to decrease the real statistics on pit bull attacks. If the nutcases want to deny what I say, then show a picture of this 'Labrador'.