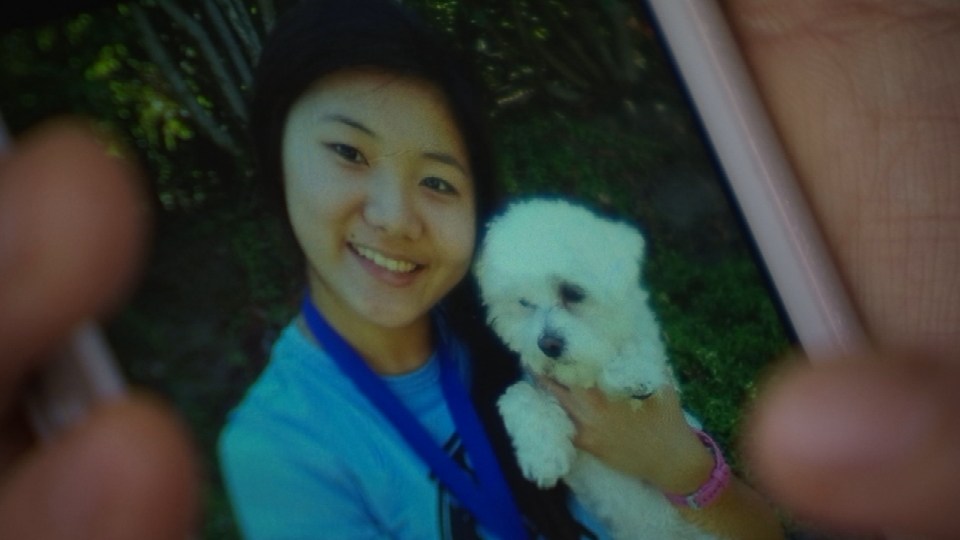 (KPTV) - A walk through a Keizer neighborhood ended with a PIT BULL  attack.  A small dog was killed and its owner was left with injuries.

Marcie Lim said she was trying to walk her Maltese down her block when she said THE PIT BULL CAME OUT OF NOWHERE AND ATTACKED THEM.  Lim still has the bruises on her face and stitches in her arm.
“Now it's OK,” Lim said.

Lim has had her six-pound dog for the last four years, and he's become part of the family. “The one dog came and he bit my dog.  So, I grabbed my dog and he kept biting me. Then I fell down and he took my dog,” Lim said.

Lim was trying to do anything to save the dog she's had since it was two months old. “I shouted help me and one lady came out who lives in this area,” Lim said.  Neighbors soon started to notice the chaos on their street.

“I saw a lady down the street waving her hands please come and help us and so I goosed the gas and got down there as quickly as I could,” said Steven Strean, “I saw the lady laying down in the street and she had the dog in her arms and the pit bull was trying to get it away from her.”

Strean tried to find anything to try and stop the dog from attacking.  “I had two bamboo poles that I broke over its face and it didn't even phase it,” Strean said.

Lim still has the blood soaked sweater from the attack and her arm is still bruised and the dog bite is clearly visible.  “He grabbed my arm and I didn't feel the pain at first because I was just worried about my dog,” Lim said.

Eventually Lim was able to get her dog back with the help of a landscaper who got bit in the process. “It was very determined. Its eyes and everything were just focused. When the lady was holding it, it was just focused on the dog,” Strean said.

The Maltese was so badly injured, it eventually died later that night.  “It was crazy. I've never seen anything like that before in my life,” added Strean.

THE PIT BULL GOT AWAY, AND SO FAR NO ONE KNOWS WHO IT BELONGS TO.

The Keizer Police Department says they can't do much because they have no leads.

I LIVE IN AN APT IN KEIZER AND WAS BIT BY A VICIOUS DOG. NO ONE WILL HELP ME. THE DOG IS STILL RUNNING FREE ALTHOUGH THE POLICE HAVE EVEN SEEN IT RUNNING FREE. I AM NEW TO OREGON AND 73 YEARS OLD, CRIPPLED AND CAN NOT GO OUT SIDE WITHOUT A CAN OF SPRAY IN MY HAND. THE DOG CONTINUES TO RUN FREE AND I HAVE CALLED 911 ON IT AND SEEMS THE POLICE HANDS ARE TIED TO DO ANYTHING. I AM TOLD TO CALL KEIZER ANIMAL CONTROL BUT CAN NOT FIND ANY INFO ON IT ANY WHERE. I CAN FIND MARION COUNTY ANIMAL CONTROL SO I WILL TRY IT NEXT. I HAVE PICTURES OF THE BLOODY WOUND, ALSO SCARS IT LEFT, AS WELL AS DOCTOR REPORTS. NEIGHBORS EVEB HEARD THE WOMAN TRYING TO TRAIN THE DOG TO ATTACK.

Anonymous 11:24pm Please do not stop trying to get help and start thinking about a stronger weapon. Please call Marion County Animal Control and ask them for all the information they can give you and keep notes and/or recordings of all the conversations. Does Keizer have a mayor and council members? Tell everyone you can find the problem you are having and keep a record of it. If you can buy Bear Spray, it is stronger and comes in a larger can and works much better. I know you are older and weaker...SO AM I!!! CONSIDER GETTING A VERY SHARP AND APPROPRIATE KNIFE AND READ ABOUT HOW TO USE IT ON A DOG ATTACKING YOU !!! These are serious times we are living in. Protect yourself at all cost. Please let us know what happens with this. What breed of dog is it and how far from you does it live?

Here is a link to Marion County Shelter:

What about this dog that bit you...do you know if it had its rabies vaccination? Did you talk with the owner at all?

I DO NOT WANT TO TAKE AWAY FROM ANYONE ELSE BECAUSE THEY WERE HURT MUCH MORE THAN I WAS BUT I HAVE BEEN TRAMATIZED BY THIS DOG WHO LIVES JUST A FEW FEET FROM ME AND IT'S OWNERS. I AM TRYING CCOUNTY DOG CONTROL AND AM BUYING SPRY FOR ME AND MY FRIENDS. THE PEOPLE ARE UNDER EVICTION NOTICE BUT DO NOT LEAVE. THE WAY I READ OREGON LAWS THEY CAN LIVE HERE AS LONG AS THEY KEEP IT IN COURT WHICH CAN TAKE MANY YEARS. MEANWHILE THEY CAN KEEP LETTING THE DOG RUN FREE AND ATTACK ADULTS AND CHILDREN. OFFICERS SEE IT RUNNING FREE AND SAY THEY CAN NOT DO ANY THING ABOUT IT.

WHAT DO PEOPLE HERE DO, JUST LET THEM RUN FREE?????

it has also bit my next door twice == once on two differnt dates.

i live close to safeway just off of river road

Please share with me what breed of dog is this and how large is it? Does it have its rabies vaccination? Have other people that have been bitten or harrassed by this dog called the county animal control? You need to get it in writing of the times you have tried to get help. If the owner of this dog is renting maybe your problem will eventually go away when they leave! In my case, the pit bull breeders that moved in next door to me 7 years ago bought the house. They not only breed XXL pit bulls that bark and growl 24-hours a day, they also sell drugs. There have been many arrests the last few months but they just spend time in jail and then come back and they are not going away because they bought the house. The houses on my street are not selling now. We are trapped right next door to them. Your safety and enjoyment of life is as important as anyone elses. Maybe, just maybe your situation will take care of itself in time. I understand how it feels to be harrassed by these idiot psychopaths and their dogs. We even went to court and a judge made them get rid of the pit bulls...and they just got more!!!