MOUNT HOLLY NC - RICK HOFACKER, A LEGALLY BLIND DISABLED VET, WAS TAKING HIS USUAL WALK IN TUCKASEEGEE PARK WITH "MOLLY" WHEN 2 DOGS DESCRIBED AS A PIT BULL AND A TERRIER GOT OUT AND WENT STRAIGHT FOR THE KILL

https://www.gofundme.com/27urkxj6
(WBTV) – “Man’s best friend” is more than a simple saying for Mount Holly’s Rick Hofacker – it became reality the moment he took home his Cocker Spaniel named Molly.
“She’s a tough little girl,” Hofacker said. Walking little Molly around Tuckaseegee Park is a part the pair’s daily routine.
“This was a pleasant 9 o’clock walk for us when it all started out,” he said.
But Sunday morning’s walk in the park, quickly became everything but.
“Those dogs started to growl and hiss and get nasty towards my little dog,” Hofacker said.
Hofacker said he was walking his dog down the sidewalk when two dogs busted through a gate and headed right toward them. He believes the gate was unlatched.
“She started towards us and I knew it was on,” he said. 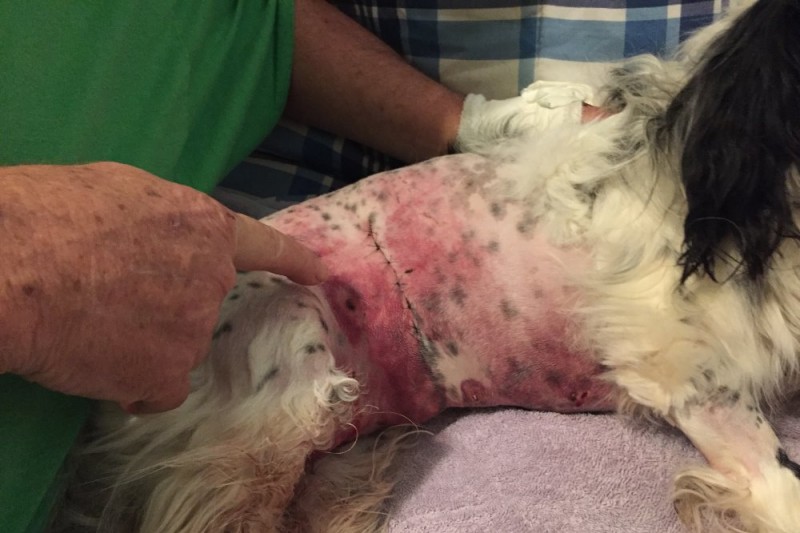 Hofacker is legally blind, but he said he didn’t think twice before throwing himself on top of Molly, trying to shield her from the  PIT BULLS  that were attacking them.
“I proceeded to get eaten alive. My whole mode at that point went to survival for me, and her and I want to tell everybody this. My little buddy here comes before me,” Hofacker said.
Hofacker showed WBTV the blood-soaked clothes he said he was wearing when the the two dogs ripped into his hand and ear. 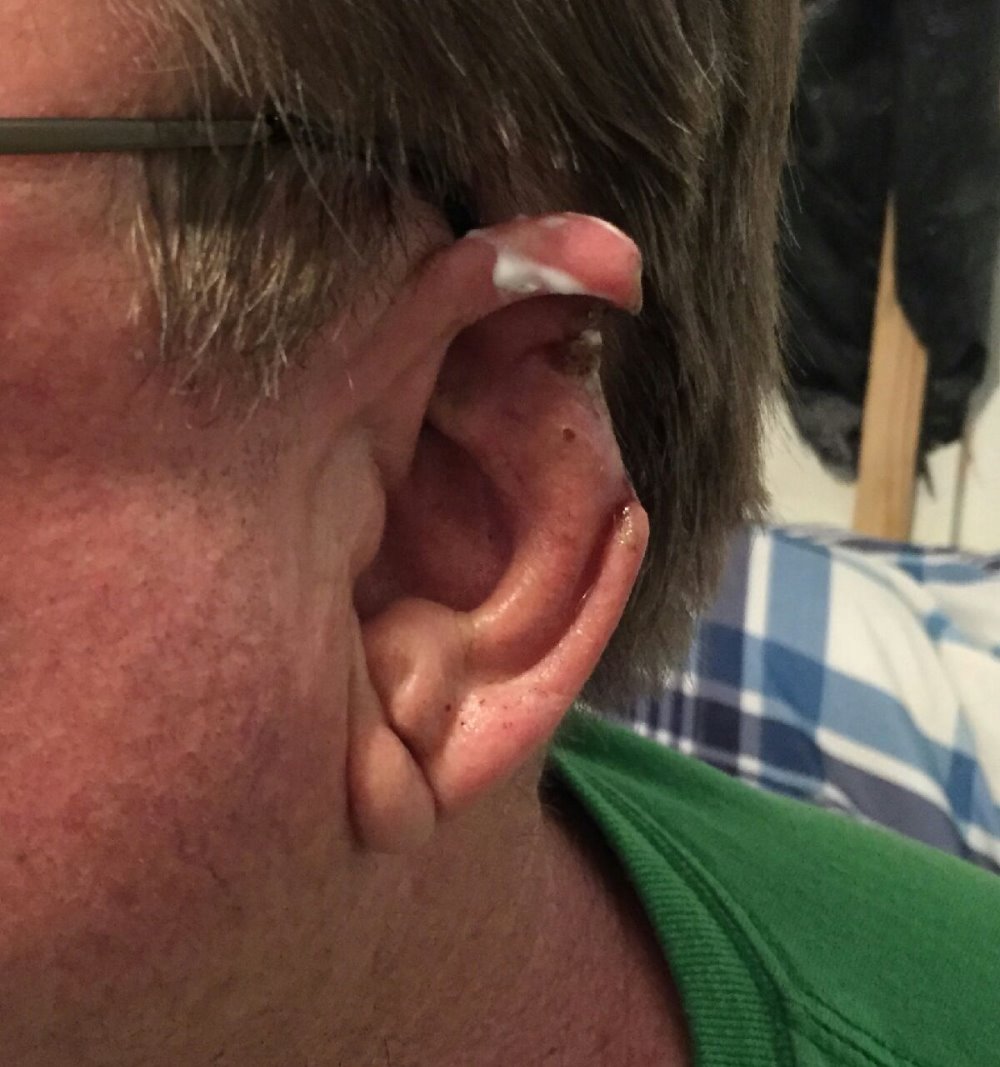 “I lost a portion of my ear. Blood was coming out everywhere,” he said.
Molly walked away from the attack, but not without extensive injuries to her abdomen and intestines. Hofacker, too, is trying to heal. But he says he’d do it all again to save his sidekick.
“I’m going to protect my baby no matter what… that’s like my child,” he said.
Gaston County Police told WBTV that the two dogs are currently under a 10-day quarantine. Their owner has been cited, but isn’t facing criminal charges as of Wednesday night.
If you’d like to help out with the Hofacker and Molly’s mountain of medical bills, click here.
http://wncn.com/2016/04/28/disabled-nc-veteran-fights-off-dogs-brutally-attacking-his-beloved-spaniel/