MONCTON, NEW BRUNSWICK CANADA - A PIT BULL BIT A 6-YEAR-OLD GIRL ON THE LEG AS SHE WAS PLAYING IN A PARK BEHIND HER HOUSE 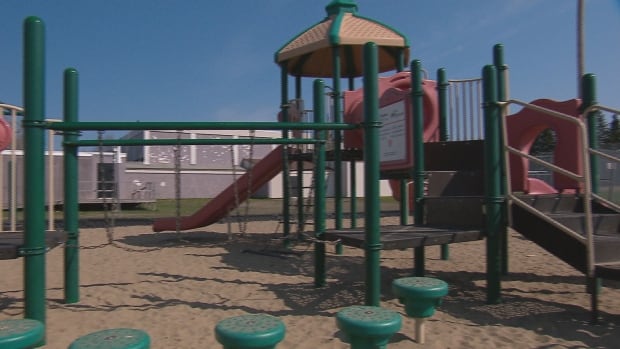 A six-year old Moncton girl is recovering from a dog attack that happened in a park behind her house.
The girl was bitten on the knee, leaving a gash that required 15 stitches, according to her mother. 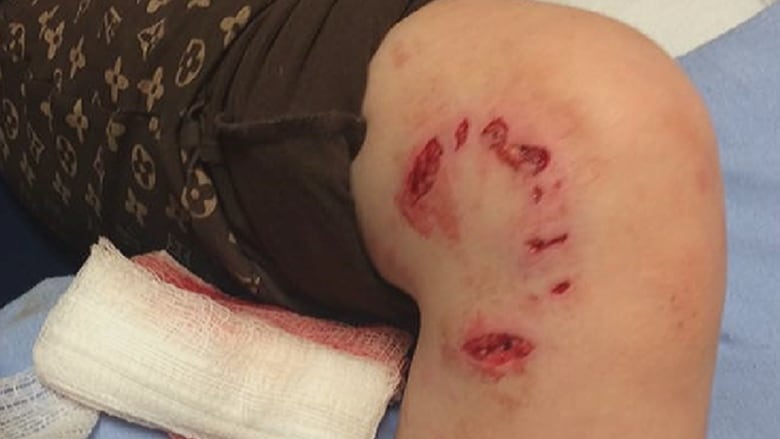 It happened at the Moncton East Youth Centre playground on Thursday.
Codiac RCMP said the dog owners took the girl to her house after the attack, and dropped her off at the doorstep, but then left.
The girl's mother, Cara Carpenter, said she is on bed rest and is OK, but will have to stay in bed until they can find out if the dog had rabies or not.One worker at the centre's daycare program, while not seeing the actual attack, did see the family with the dogs leave.
"I noticed there were people in the park," said Norman Leblanc. "They had dogs, a small white one and A GREAT BIG ONE. PIT BULL MIX, BROWN AND WHITE. I didn't know about what had happened."
Twenty minutes later the RCMP came around and questioned him about the incident, he said.The Greater Moncton SPCA has been contacted by the RCMP, said executive director David Rogers, and a full-time officer had been assigned to investigate.
"What we will do, is do our investigation and provide information to the bylaw enforcement for the City of Moncton and the RCMP," said Rogers. "It will be up to them to decide what further action to take. People who have any information regarding the identity of the people or their dogs are advised to contact the Codiac RCMP."
However, Sgt. Andre Pepin of the RCMP said since the case isn't a criminal offence, there is nothing they can do about it.
He said the SPCA will be solely responsible for the investigation.The attack didn't surprise the executive director of the youth centre.
"We are always out here cleaning up after the dogs," said Alice French. "Telling the people not to bring them in the park without a leash. It's unfortunate, but the children are not supposed to be in the park unsupervised either."

Children are not supposed to be in the park unsupervised either. REALLY? Even when parents are present in parks, their children can still be attacked by pit bulls. Sounds like victim blaming to me.