ROSS RIVER, YUKON TERRITORY CANADA - AN EXPERT FROM UBC HAS DETERMINED THAT SHANE GLADA WAS MAULED TO DEATH BY DOGS LAST OCTOBER - THE COMMUNITY HOLDS MEETINGS TO TALK ABOUT WAYS TO AVOID A SIMILAR TRAGEDY 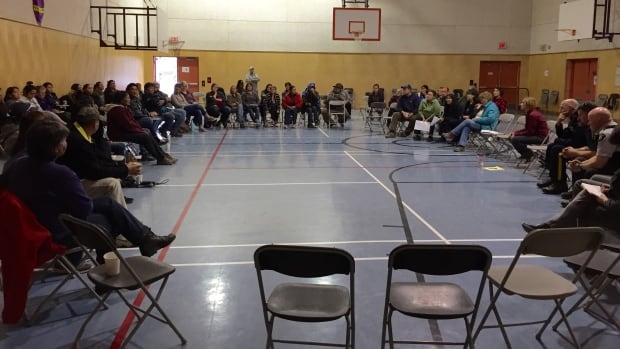 Yukon's chief coroner has confirmed that a Ross River man who died last October was killed by dogs in the community.
Shane Glada's body was found on Oct. 17, after he had been missing for several days. His partially-consumed remains were discovered in a gully, just metres away from houses in the remote Kaska community of 350 people.
Coroner Kirsten Macdonald met with residents Monday night to tell them of the cause of death, and talk about ways to avoid a similar tragedy. 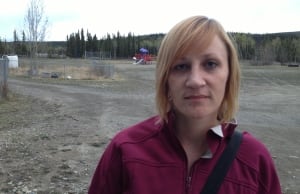 She told the 110 people who sat in a circle in the school gym that an expert from UBC examined Glada's body, and determined the multiple injuries he sustained were from dogs, and that Glada had been alive when they attacked.
"The dogs were feral or semi-domesticated,"  Macdonald said.
"Dogs that don't understand their place. I don't want to have the same discussion with another family."
Many at the meeting were angry, frustrated and fearful that aggressive dogs remain a public safety issue in Ross River.
"It's been seven months since Shane died," said Gord Peter, Glada's uncle.
"Nothing is happening. We don't know what we're waiting for."
He offered an unsparing solution for people who don't take public safety seriously and continue to let their neglected dogs run loose.
"I will show those people the pictures of Shane's mauled body," he said.  "Maybe then they will do something about their dogs.  Maybe then they will understand."
Three RCMP officers from the Ross River and Faro detachments were at the meeting, offering few comments. They were unable to confirm whether the dogs that killed Glada had been destroyed, leading many to worry that the dogs have become habituated to eating human flesh.
Yukon's chief veterinarian Mary Vanderkop was also at the meeting and said the Department of the Environment could help by offering live traps to the community.
Many people talked about the need for personal responsibility that comes with dog ownership, with some advocating for tying dogs up, while others said leaving a dog chained without exercise leads to anti-social behaviour.
Many at the meeting called for shooting stray dogs.
Tammy Bellefeuille said she is afraid to leave her front deck at times, because her neighbours' dogs are in her yard and are aggressive. She said she's fearful to walk down her street, and warned she'll take "matters into my own hands, and deal with the consequences later."
Others said the dogs are literally starving. 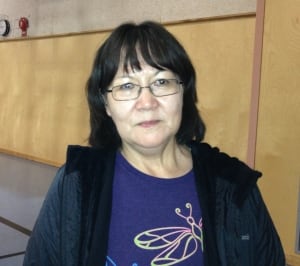 Fran Etzel, the school principal, said she and her grandson were attacked by a vicious dog in mid-November, just weeks after Glada's body was found. Etzel fought the dog off with bear spray, then called the RCMP once they were safely inside.
She said the officer who arrived was forced to pull his sidearm and shoot the dog in the street because it attacked him also and he was unable to restrain it.
Etzel said she recently saw a dog pulling the body of another dead dog down the street.
"I thought it had gotten into garbage," she said.
"Then I saw it was a dead dog. We watched and saw the dog drag the carcass into its yard, then it went into its doghouse and started eating it.
"I worry about people's safety all the time. I can't sleep because I worry someone outside might need help."
Etzel said on some weekends she drives the five hours into Whitehorse, just so she can be away from the situation and get a restful sleep.
Ross River Dena Council Chief Jack Caesar has offered to lead a working group, which will include Macdonald. It will meet within two weeks to form eight to 10 recommendations on how to resolve the issue.
Some ideas include limiting the number of dogs per household to two, initiating a dog registration process, hiring a dogcatcher to apprehend feral dogs, and fining owners.
Ross River does not have a municipal level of government. As an unincorporated community, it falls under the jurisdiction of the Yukon Department of Community Services. There was no department representative at Monday's meeting.
A spokesperson for Community Services told CBC in an email that animal protection services fall under the Department of Environment.
http://www.cbc.ca/news/canada/north/dogs-killed-ross-river-man-yukon-coroner-1.3575236

If wolves or bears were attacking this community, they would know what to do. Why are we humans so bent on allowing dogs multiple chances to kill us?

Hold regular open season on all loose dogs. Post the dates in all the public spaces. If people don't care enough about their mutts why should anyone else??!!