ERIE PA - 3 PIT BULLS ALLOWED TO TERRORIZE A NEIGHBORHOOD WERE DEEMED DANGEROUS BUT THE NUTTER WOULD NOT FOLLOW THE RULES...ANIMAL CONTROL TOOK THE FRANKENMAULERS AND "SHE'S" IN JAIL! 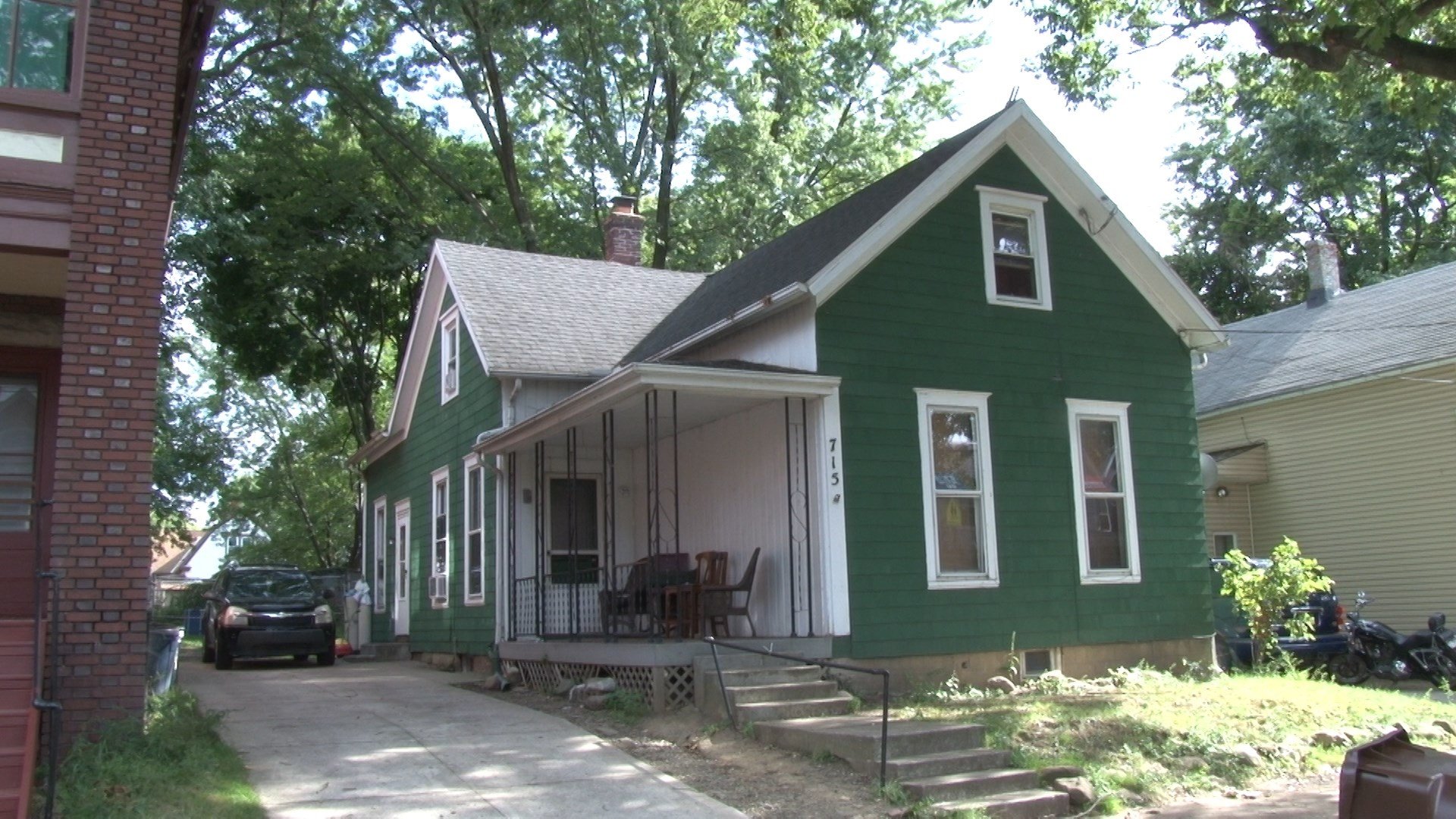 "There's a park that's right down the street and I can't even take my own dog down there without being afraid that we're going to get attacked," said an emotional Shelley Sullivan of Erie.
Sullivan's back yard borders her neighbor, Alice Flemmings, who owns  THREE PIT BULLS.  Pit bulls that the court deemed dangerous.
Flemmings lives on the 700 block of West 7th Street, only blocks away from Gridley Elementary.
Sullivan said the dogs dug several holes along the fence, and escape often. "They were chasing us around our cars, they would be out trying to terrorize the whole neighborhood."
Sullivan has photos showing the dogs running around in her back yard. Complaints have been sent to Flemmings about her dog's behavior.
"I've seen one male that they have he's actually grabbed a hold of the fence and started shaking the fence, they've tunneled under the fence. My landlord, to protect us, had even installed rebar and they actually pushed the rebar," explained Sullivan.
All along this fence are several holes, that the pitbulls dug underneath to go run about in the neighborhood. "They've gone as far as Cherry, they've gone over to 8th, there's actually people who's moved out of the neighborhood because of it all."
According to Sullivan who attended a hearing about an incident related to the dogs, Flemmings was ordered to put in cages with cement platforms and covered tops and muzzles for the dogs at all times.
The cage did not have those alleged requirements and Sullivan said the dogs remained unmuzzled.
She said she's lost her entire summer, too scared to enjoy the great weather. "I can't grill out, I can't sit outside. I have a little Chihuahua that's only nine pounds and she is terrified to even go outside."
Animal control took the dogs away Tuesday afternoon. Only two of the three were taken to the Humane Society.
Flemmings is currently sitting in the Erie County Prison on outstanding warrant charges. Additional charges still could be made against her.

Like we've said before ... your neighbor is a virtual terrorist if they own a pit bull. Everyone's safety (including pets) are put at risk by the mere presence of pit bull type dogs.

No freaking way I would sit inside my house in fear. Those loose pits would be DEAD by mid-summer!

Ah, the owner is in jail! JUSTICE!

I watched the video, the fence is a chain link curtain for the dogs to crawl under at will. The landlord didn't "install" rebar. This lady should be threatening legal action and asking for the names of the landlord's and dog owner's insurance companies.