LONDON ENGLAND - A TURKISH KANGAL DOG ATTACKED DANNIELLE MORGAN, 19, AS SHE WAS TALKING ON THE PHONE TO HER MOM - HEROES - WORKMEN CAME TO HER AID GRABBING HER AND PULLING HER INTO THEIR VAN AND KICKED THE GIANT IN THE FACE!!! 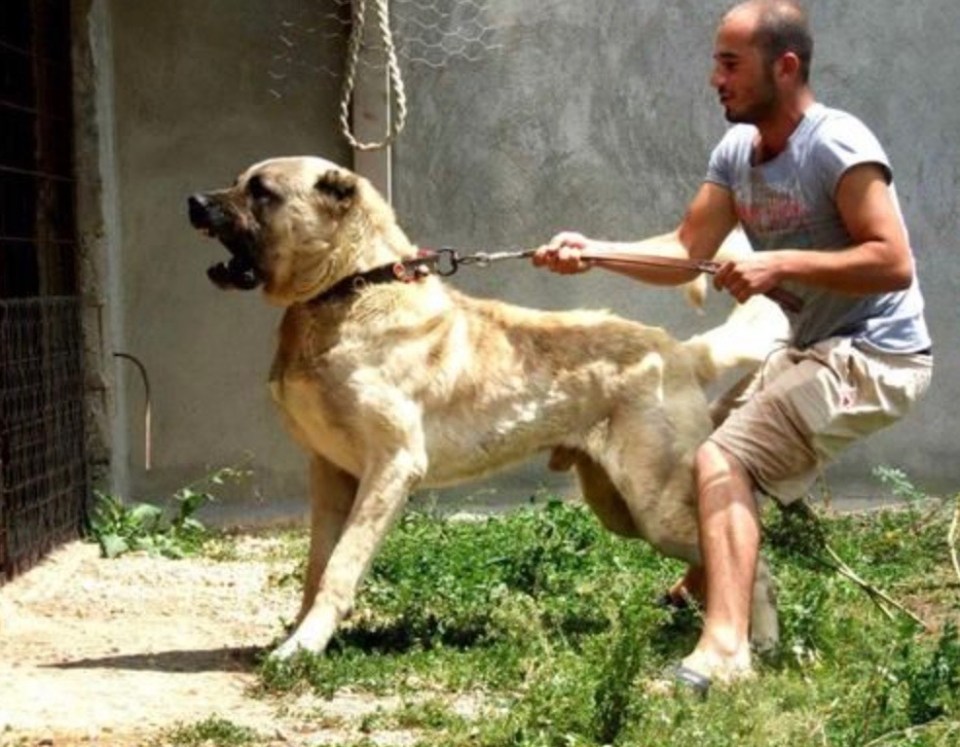 
The GIANT TURKISH KANGAL DOG, which can weigh up to 12-stone and can run at speeds of up to 30mph, is being hunted by police after it attacked 19-year-old Dannielle Morgan in Croydon, south London, last week.


Cops are still hunting the dog after it hurled itself at the teenager on August 18 – biting her on the neck, legs and back during a five-minute attack in which it attacked her three times.
The teen was only saved when two workmen grabbed her and pulled her into their van as they fought the dog off, which ran off after being kicked in the face.
Turkish Kangal dogs are used to guard livestock in Turkey – fending off animals such as wolves, bears and jackals.
In Africa, they are prized for their intimidating size and are used to protect herds of livestock from attacks by lions and cheetahs.
Shop worker Dannielle was on the phone to her mum when the giant dog attacked – standing on its hind legs to bite her on the neck before pinning her to the ground – and heard her daughter’s screams as the dog sunk its teeth into her.
Dannielle’s 36-year-old dad, who asked not to be named, said: “It was a giant dog. She thought she was going to die.
“She’s having nightmares every single night.
“It’s not like a shark attack, bear attack, a crocodile attack. People who get attacked by them are distraught and probably scarred for life mentally as well. But they don’t have to see those animals every day.
“It’s so hard for Dannielle, she will see them every day.”
Dannielle’s dad spoke to the workmen who helped save her and was told how the giant dog savaged his daughter three times “knocking her face down to the ground and biting her on the back and calf”.
He said: “The dog had Dannielle’s leg in its mouth and it was shaking her, and her whole body was moving.
“It was a vigorous attack. The workmen said they had to do something as they were scared for her life.
“One of the workmen grabbed Dannielle and pulled her into the van with the dog still attacking her.”
The teenager has been treated in hospital for her wounds to her back, neck and legs – with medics finding part of one of the dog’s teeth embedded in her calf.
A Metropolitan Police spokesman confirmed that officers were called to reports of an “out- of-control dog” but said no arrests have been made.
He added: “Police are continuing to develop strong lines of inquiry.”