THIRUVANANTHAPURAM, KERALA INDIA - A 65-YEAR-OLD WOMAN, SILUVAMMA, WAS MAULED TO DEATH BY AS MANY AS 50 DOGS WHEN SHE WENT OUT TO THE BEACH 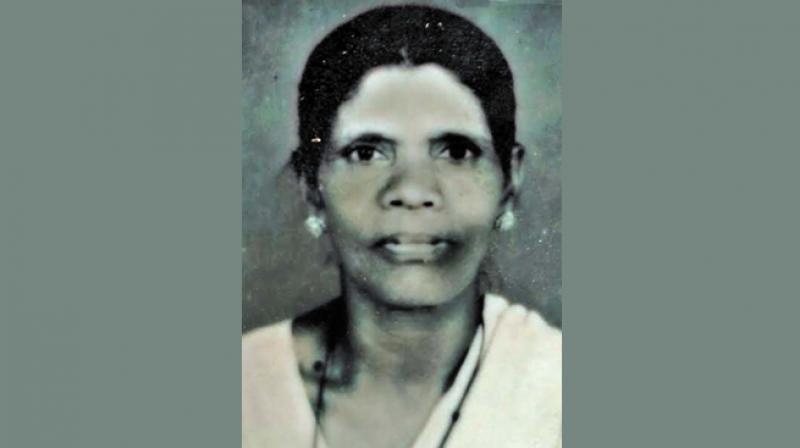 Thiruvananthapuram: Rumours of stray dogs turning to man-eaters are giving chills to citizens who reside at Chempakaraman beach on Pulluvila coastal belt here after an elderly woman was mauled to death by around 50 dogs Friday night.
“Unlike in the cities, animal birth control (ABC) programme is something unheard of in all villages under this block panchayat. Stray dog attack in the coastal village has intensified in past three months.
Dogs used to be culled here once upon a time. Our veterinary clinics don’t have the expertise or facilities to spay and neuter them. The dogs are omnipresent as chicken waste from the city is dumped on our beach,” said Johnny J., a block panchayat member from Kanjiramkulam.
Due to the dearth of toilet facilities, children and men folks openly defecate on beaches from Azhimala to Poovar round the clock. Women choose the night to go out and gets bitten up, say residents.
On Thursday, agitated locals swore to cull dogs on their own, since the administration has not been able to provide alternatives. As per recent High Court orders, dog control cells should be formed to coordinate and euthanise critically ill, fatally injured and the rabid ones.
Violent dogs should be isolated till it dies naturally. However, none of this happens. “Our children get attacked while playing on beaches and a man was recently admitted to Neyyattinkara Taluk hospital with 41 bites,” said Shirley Russell, a resident.
Stray dog bite cases have dramatically increased on the city outskirts, and dogs attacked a total of around 6,000 people in the capital. The dearth of anti-rabies vaccine in government hospital often forces citizens to bank on private clinics.
“Last month three school kids and an old man were mauled by stray dogs at Nagaroor near Kilimanoor.  Cases are on the high side at Venjaramoodu and Pothencode also,” said Jayaram Krishnan, who keeps a close watch on dog bite cases. An eyewitness says that the limbs of Silvamma, 65, of Pulluvila were eaten by a pack of dogs and doubt they have turned man-eaters.
“Like in the case of other animals, we suspect that the taste of blood has turned them to man eaters,” said Ms Russell. Senior veterinarian LJ Lowrance ruled out the man-eating behaviour of dogs.
“Yes, a pack of dogs can kill people, but it’s very unlikely that they hunt humans and make them food. We are waiting for more ground reports on the incident,” Mr Lawrence said.
http://www.deccanchronicle.com/nation/in-other-news/210816/thiruvananthapuram-old-woman-attacked-by-50-dogs-dies.html

A 65-year-old woman was mauled to death by a large pack of stray dogs at the Pulluvila suburban beach near Kanjiramkulam in the state capital. Siluvamma, a resident of the coastal belt, suffered dog bites all over her body and succumbed to injuries while on her way to hospital, according to her family.
The dogs also attacked and chased away the local people who tried to rescue her.
Siluvamma’s son, Selvan, who was also attacked by the pack while trying to rescue his mother, escaped by jumping into the sea.
“My mother went to the beach at night. As she did not return, I went out searching for her. What I saw was shocking. She was being attacked by over 100 stray dogs. She was bleeding all over the body,” Selvan told reporters later.
Meanwhile, in a separate incident, another native of Pulluvila, Daisy, was also attacked and severely injured by stray dogs last night. The 52-year-old, who was rushed to the government medical college here and given anti-rabies injections, said she was attacked by a pack of dogs when she went out of her house around 11.30 p.m. Sources at the hospital said that although she had injuries on her hands and legs, her condition was stable.
She was shifted to the Pulluvila primary healthcare centre for further treatment in the morning, they added.
Threat to people
Stray dogs have been posing a great threat to people, especially women, children and the elderly, in coastal stretches of Kerala, including Pulluvila, for some time.
The issue has been a point of debate in Kerala for the last few years, after an increase in incidents of stray dog attacks, and was also raised in the Assembly earlier this year. According to a report submitted in the Supreme Court recently by a committee appointed by the apex court in a connected case, more than one lakh people in Kerala have been bitten by dogs in 2015-16.
The report looked into the questions of treatment and compensation following attacks by stray dogs in the state.
The report also said that Kerala is estimated to have a stray dog population of 2.5 lakh, which feed on the waste from garbage dumps across cities and towns. According to the panel, the maximum reported cases of dog bites were from Thiruvananthapuram (5,948), Palakkad (4,916), Kollam (3,670), Pathanamthitta (2,892), Alappuzha (2,967), Ernakulam (2,050), Thrissur (2,044) and Kottayam (1,614
http://www.thehindu.com/news/cities/Thiruvananthapuram/woman-mauled-to-death-by-stray-dogs-in-thiruvananthapuram/article9012818.ece