WISHAW, LANARKSHIRE SCOTLAND - A 19-YEAR-OLD PIT OWNER JUST COULDN'T CONTROL HIS PIT BULL AS IT BRUTALLY ATTACKED A WOMAN JUST WALKING DOWN THE STREET - SEVERAL MEN FINALLY GOT THE MEAT GRINDER OFF BUT THE PIT GOT FREE AND WENT AT HER AGAIN!

This is the horrifying moment a crazed  PIT BULL  mauled a passing shopper and left her with permanent injuries.
Josh Miller, 19, from Wishaw in Lanarkshire, lost control of his pet as it attacked Elaine McAllister in the street and sunk its teeth into her thigh, while she was out shopping.

Shocking CCTV footage of the attack in Wishaw, shows Mrs McAllister being dragged to the ground while Miller desperately attempts to get the animal back under control. 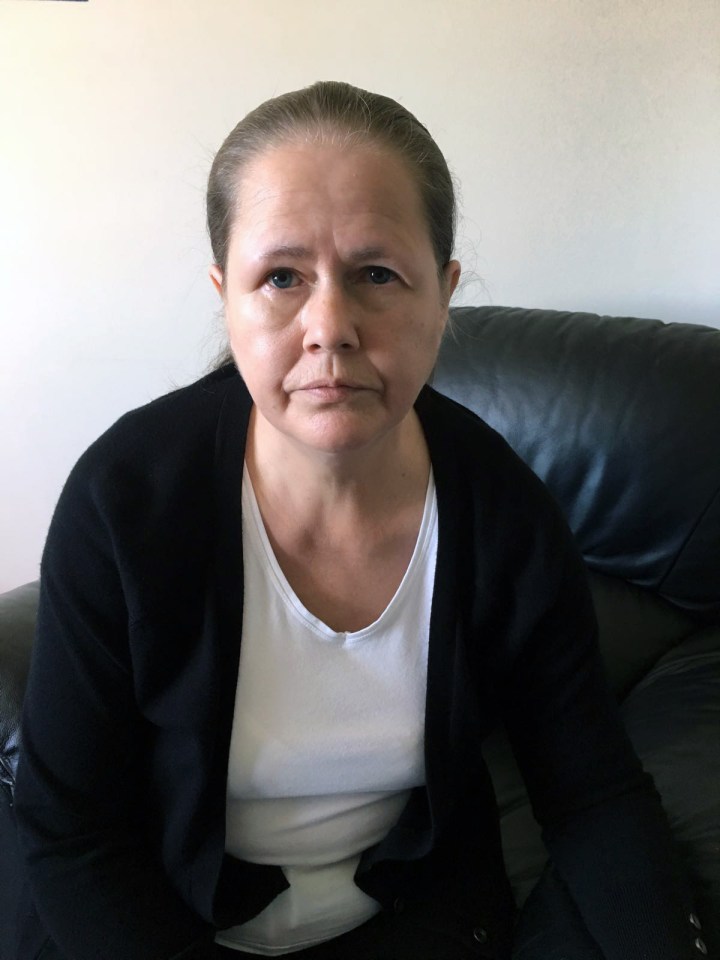 Customers from a nearby shop and members of the public are seen running to try and stop the attack after the dog, Nala, locked its jaws onto Mrs McAllister's leg.
The disturbing video shows a van driver slam on his brakes and run over armed with a weapon in a desperate bid to stop the attack.
Another member of the public repeatedly kicks the dog but to no avail.

The attack lasts for more than two minutes and shows the dog being brought under control but then breaking free to launch a further attack before it is stopped.
Miller appeared at Hamilton Sheriff Court and admitted being in charge of a dangerously out of control dog in July this year.

He admitted allowing Nala to lunge at Mrs McAllister, bite her, pull her clothing, pull her to the ground, and causing her severe injury and permanent disfigurement.  He has been held in custody until he returns to court for sentencing next month.

Shopkeeper Mohammed Aslam and his son Nawaz told how the dog could not be stopped in its frenzy.  Nawaz, 19, said: 'The poor woman was being mauled by the dog and it just wouldn't let her go.

'It took around four or five guys to get it off her and even then it still broke free to try and get at her again.
'It was really bad and I've heard she can't really leave the house now because of the impact it's had on her.
'If that had been a child at the end of the attack it would almost certainly have been killed.'

He added: 'I couldn't believe what I was watching. It was horrible. I felt so bad for the woman.
'She left the shop and a man was passing her with the dog on a leash.
'The next minute the dog jumped up and latched onto her thigh.

'The man holding the leash was kicking and hitting the dog trying to get it off the woman but he wouldn't let go. Another man tried to help but it took them a wee while.'

Mohammed said he rushed outside to help the customer after he heard the commotion.  He said: 'There was blood everywhere. The woman was in hysterics.

'After she was freed from the dog's grip, we brought her inside and gave her a seat whilst we waited on the ambulance. Her leg was in some state.' 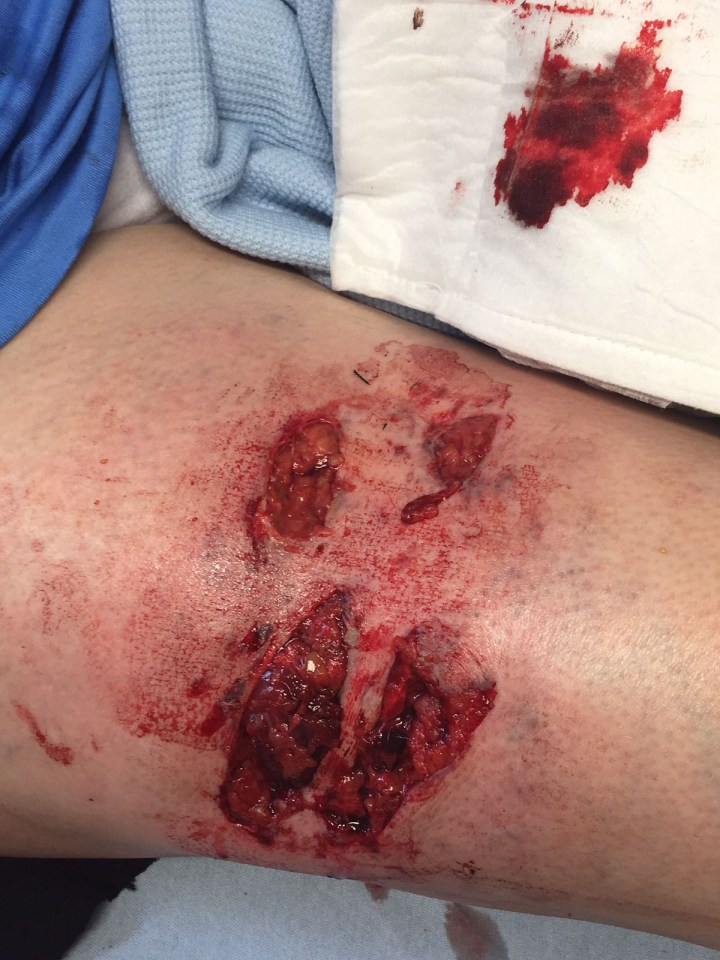 Sheriff Ray Small remanded Miller in custody and also ordered that Nala should be destroyed.
Miller's co-accused Michelle Cowan, 30, of Wishaw, walked free from court after prosecutors accepted her not guilty plea to the same charges.