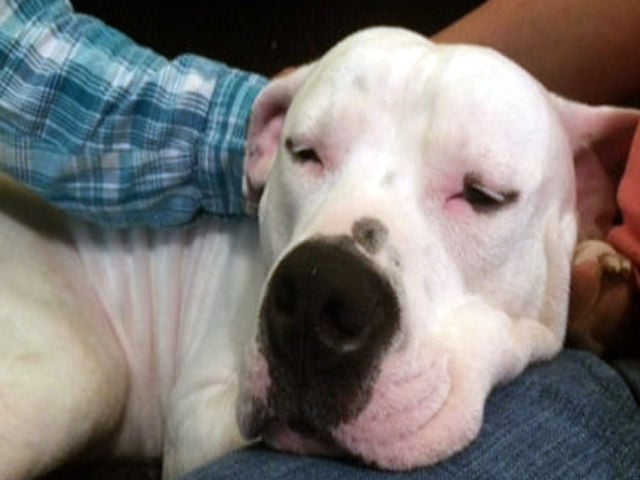 An owner of a  MIXED BREED PIT BULL  gave police the okay to shoot and kill his dog after the animal attacked another dog and injured two people.

The owner of the pitbull-mix asked 21 News to not identify him. But, wanted his side of the story told after the dog he had for only three months attacked and killed a Yorkie being walked by a 69 year-old man. That man and his wife were also injured during the attack.
"I feel for the family that that happened to, I really do," said the dog's owner. "And I am sorry to them and I would love to help them."
After the dog left the neighbor's property, it's owner, along with other residents and police chased and attempted to corral the animal in a wooded area.
Police say at that point, due to the aggressive nature of the dog and fears that the attacks would continue, an officer received permission from the owner of the dog to use deadly force.
"My thought was if that dog gets from the woods back in the neighborhood, could be a child, could be another animal," said the owner. "And I told the officer to do what was right."
The owner of the pitbull mix tells me he adopted the dog three months ago from the Mahoning County Dog Pound. He says, he was told the dog showed no signs of aggression and had even been selected to be trained as a therapy dog to possibly work with disabled veterans.
The Co-Founder of the "The Together Journey," which provides service dogs and training to individuals with disabilities, provided video to 21 News of the dog during a pairing session. The co-founder says the only reason the dog wasn't paired with someone is because on that particular day there wasn't a good match.
The co-founder says had the dog been paired with someone the home would have been required to have several safeguards in place. Such as proper fencing. She also notes that the assessment of service dogs includes several levels. This particular dog was in the first stage and may not have necessarily made it through the remaining three levels of assessment.
The Kennel Manager at the pound says all dogs brought in are tested for aggression against kids, cats and other dogs.
They do the best they can but, there is never a 100% guarantee.
"The one thing with all dogs, you have to wonder about the prey drive. That's not something that's easily tested for, or seen all the time. It can just be something that triggers," said Kennel Manager Rick Tunison. "This dog in question was actually here for 30 days, so for 30 days this dog was walked, interacted with other dogs, was in the kennel environment with open kennels with dogs on either side of it, was cat tested, was kid tested."
The Mahoning County Dog Pound encourages anyone who adopts a dog and notices signs of aggression to contact them.
"That's the last thing we want to do is compound the problems that are already out in the community by having dogs that are showing aggressive tendencies adopted back out into the general public, putting people at risk," explained Tunison.
The man injured while walking his dog was treated at the hospital. No word yet on if charges will be pressed.

The City of Girard has an ordinance banning pit bulls. The owner tells 21 News he was unaware of the law.

This is OH, I don't believe a word that kennel manager at that shelter says.