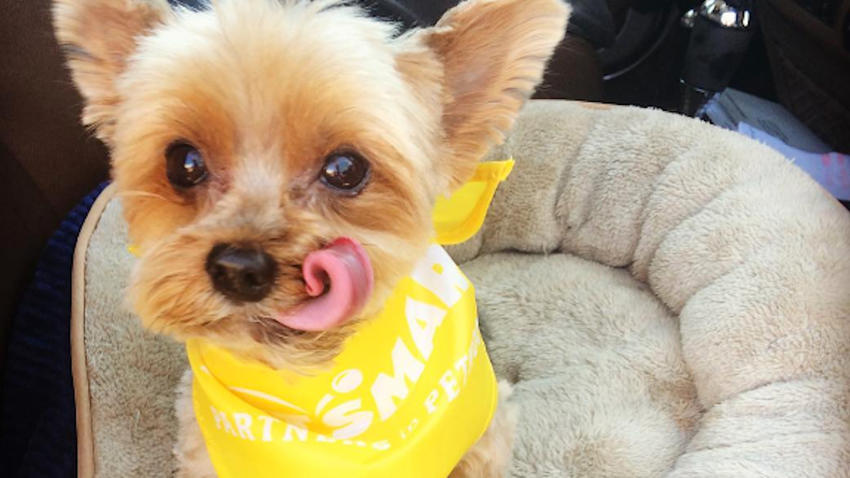 The 5-pound Yorkie named Jack had almost no chance. Hours after the County of San Diego adopted out a  PIT BULL  named Lyla, the new dog in the house grabbed Jack by the throat and shook him violently. The terrier died.
That was in August. Now Jack’s owner is learning more about the adoption, filing records requests and criticizing the Department of Animal Services for allowing her former roommates to bring the pit bull home in the first place. Even before the adoption, a note in the dog’s file said 2-year-old Lyla was “not good with small dogs.”
“The pit bull crushed my dog in her mouth, and would not let go for several seconds,” said Tracy Davis, the deceased animal’s owner. “Jack was one of the smallest dogs that exist and it was inappropriate to be unconcerned about matching that dog with my dog.” 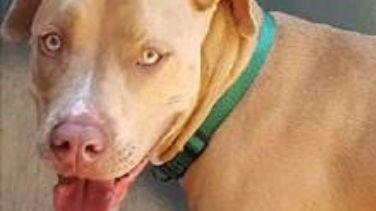 County officials said the incident was unfortunate. Spokesman Michael Workman reviewed the case file and said the animals were introduced at the Gaines Street shelter before the adoption was allowed to proceed.
“Many adopters have other dogs in the home,” he said. “So a dog-to-dog interaction is required. The dog-to-dog (meeting) in this case went well and the adopter and the roommate made the decision.”
Davis, who works as a hydrologist for the federal government, disputed Workman’s assertion that she was part of the adoption application.
She said she did not attend any pre-adoption meeting between the dogs and never gave the adopters permission to bring Jack to the shelter to meet Lyla.
“I was not involved in the adoption process,” she said. “I am the owner of the Yorkie and I did not and would not authorize a dog-to-dog interaction with an adult pit bull with a history of hurting small dogs.”
Jack was 7 years old when he died, had no teeth and was defenseless against a much larger dog, Davis said.
The Yorkshire terrier had been in Davis’s family his entire life; Davis said she took the dog almost everywhere she went and even maintained an Instragram account to chronicle his travels.
Lyla was first relinquished to the shelter in August, when its previous owner reported that he was unable to keep the pit bull. County notes indicate the previous owner could only have a service dog because he was in the military.
After the attack on Jack, Lyla was returned to the shelter by its adopters. Records show the dog was listed as no longer eligible for adoption and placed on what’s called a “last resort hold,” meaning the relinquisher had a chance to take the animal back before euthanasia.
“Volunteer notes on the back of this dog’s kennel read, ‘Do not walk out front or around other dogs — very dog aggressive — nice with people in play area though’,” the file notes state.
By the first week of September, Lyla was adopted out again, records show, although the adopters are not identified in the county records.
Davis said her former roommates reclaimed Lyla a few weeks after the attack, when it became clear the county would put the pit bull down. She had moved out of the Clairemont home they shared.
Workman said dogs that appear aggressive in shelters are often still good candidates for adoption, and the county strives to place dogs with permanent homes before they are killed.
“It is not unusual for dogs in shelters to be dog aggressive,” he said. “This dog is people friendly. Without doubt this is a difficult case. It could go either way. Had we put the dog down, would someone have said she just needed the right circumstance? Without doubt.”
Davis said she is now worried for the next dog owner who encounters Lyla.
“The county’s practice of returning dogs to their owners after the dog has killed a person or animal needs to end,” she said.
Davis contacted U-T Watchdog about her experience after the newspaper published a series of reports about problems within the Department of Animal Services.
More than a dozen current and former volunteers said animals were being killed rather than placed for adoption. They also said they were prevented from walking dogs daily and staff too often dismissed volunteers who suggested changes they thought would help the animals.
The county hired a management consultant to review operations, and earlier this year the firm recommended better communication between managers and volunteers. Consultants also suggested the county explore opening shelters on Sundays to increase adoptions, something the county began doing on a temporary basis in October.
The Board of Supervisors will decide next year whether to continue the open-Sunday program after the 90-day pilot period.
http://www.sandiegouniontribune.com/news/watchdog/sd-me-watchdog-shelter-20161208-story.html
http://www.sandiegouniontribune.com/news/watchdog/92075751-132.html