Catherine and Mozart traveled across the country to provide support to those who had experienced traumatic events.
The ponies — from Gentle Carousel Miniature Therapy Horses in Columbia County north of High Springs — visited sick children in the hospital and met with victims of the Pulse nightclub shooting, the Sandy Hook Elementary School shooting and tornadoes in Oklahoma. 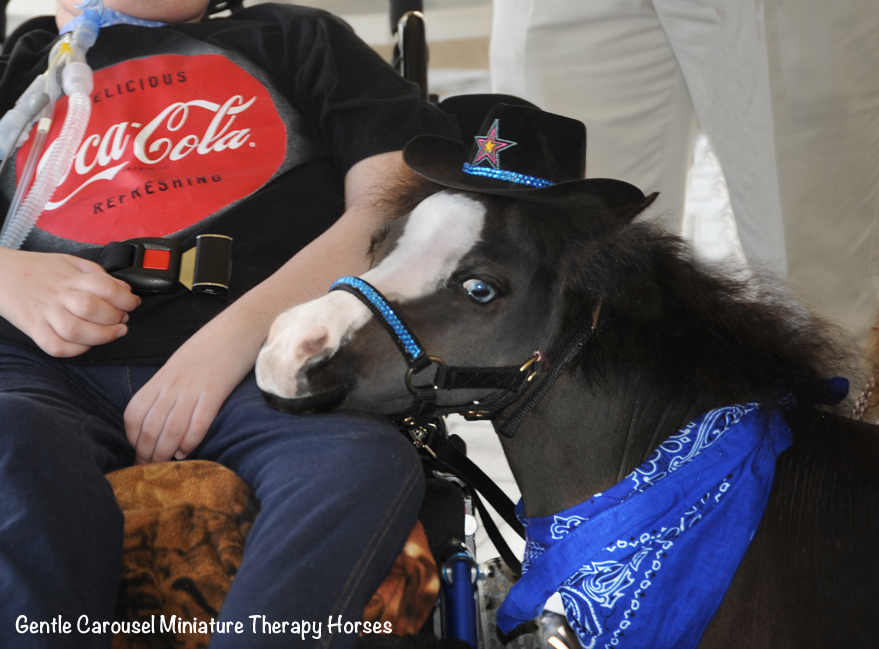 But on March 4, Mozart was found dead at the ranch and Catherine severely injured following a dog attack, according to a report from the Columbia County Sheriff’s Office. Catherine passed 10 days later from her injuries at the Springhill Equine Veterinary Clinic.
“We had her on about 15 to 20 medications at one point,” Springhill veterinarian Dr. Devon Vurgason said. “She was doing pretty well after the first few days, and I was optimistic that she might pull through. But unfortunately, a week after her injuries, she took a turn for the worst, and there was nothing we could do to save her at that point.” 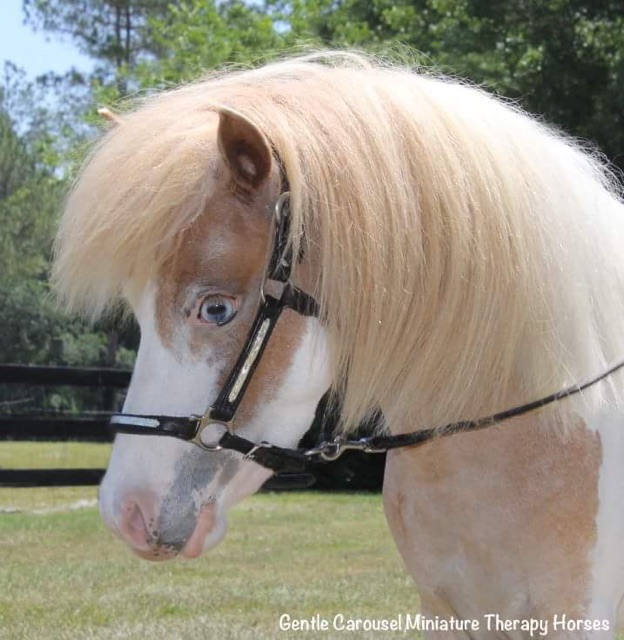 In the wake of their deaths, community members are coming together to raise money for Gentle Carousel.
A GoFundMe page was launched March 15 with a goal of raising $20,000 to help Catherine’s owners cover medical costs. As of Tuesday afternoon, $655 had been raised.
The owners, Debbie and Jorge Garcia-Bengochea, said Catherine’s hospital care came out to more than $15,000.
While the money will help the nonprofit cover the monetary expenses, it cannot compensate for the emotional toll of the loss, they said.
“For Catherine to go through 10 days of pain and suffering is really just uncalled for,” Jorge Garcia-Bengochea said. “I know it’s going to affect a lot of children that follow these horses.”
Although the  GERMAN SHEPHERD MIX AND THE PIT BULL  responsible for the attack have been euthanized following an investigation, their owner should foot the bill, said Jessica Puls, senior animal services officer at the Lake City Humane Society.
“Florida state law states that the owner of the dogs is responsible for any damages their dog causes,” Puls said.
The owner of the dogs, listed on a Lake City Humane Society report as Tiffany Browning, couldn’t immediately be reached for comment. She told deputies that the pit had shown signs of aggression in the past and that she wouldn’t be surprised if it did indeed attack the ponies, according to the sheriff’s office report.
Jorge Garcia-Bengochea said he and his wife are considering taking legal action against Browning to recoup the expenses of the veterinary treatment.
“These horses do such good work. They didn’t deserve these things to happen to them,” he said. “This sort of thing can happen with dogs, and it’s the responsibility of the dog owners so this doesn’t happen.”
https://www.wuft.org/news/2017/03/21/after-dogs-kill-ponies-fundraiser-launched-for-columbia-county-ranch/

I still haven't forgotten the goats, Jack and Jill that were mercilessly killed by pit bulls. Companion animals, and people are at risk when it comes to pit bulls.

I'm starting to wonder if pit bulls have it out for real therapy animals? Oh, wait, that's crazy talk. I'm making excuses like nutters do.