WARRINGTON TOWNSHIP, BUCKS COUNTY PA - JOHN BRUNO, 5, WAS FOUND UNRESPONSIVE IN THE SNOW ON WEDS MARCH 15 WITH THE FAMILY DOG, A HOUND MIX, TUGGING AT HIS SCARF THAT HAD BECOME TOO TIGHT AROUND HIS NECK - INVESTIGATORS REPORT THAT HE SUFFERED LIGATURE STRANGULATION AND HE DIED SATURDAY 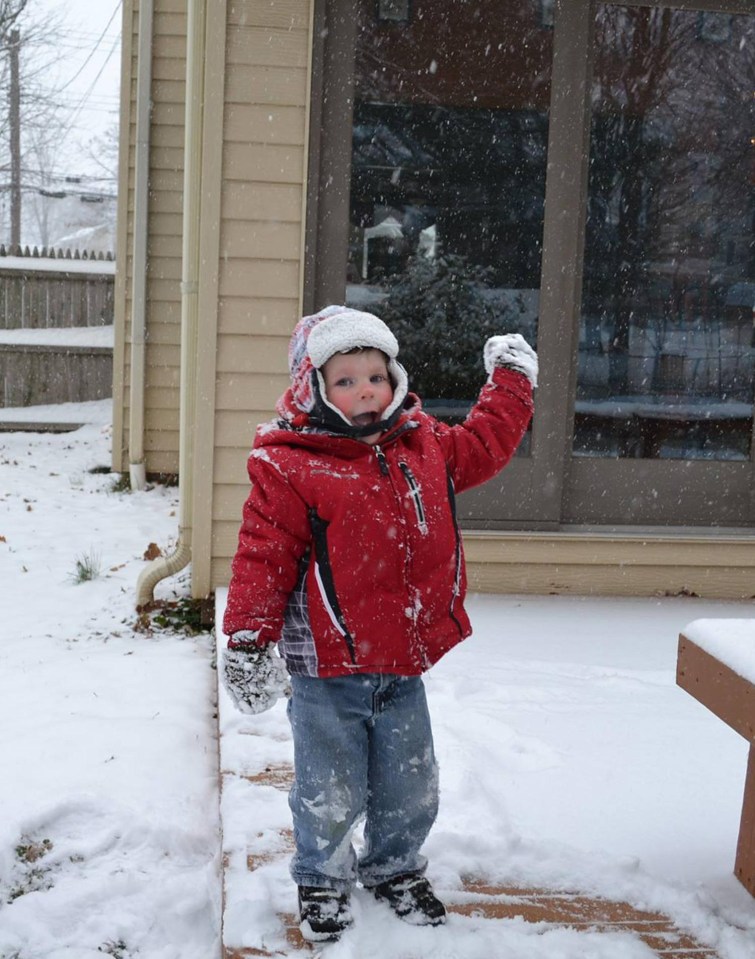 Five-year-old John Bruno was playing in the snow with the HOUND CROSSBREED when the tragedy happened over the weekend.
The 18-MONTH-OLD DOG had been pulling at the boy's scarf wrapped round his neck when he was strangled.
He was rushed to a nearby children's hospital in Pennsylvania but died from his injuries on March 18.
A fundraising page set up to help with John's funeral costs described the youngster as a "vibrant" little boy.
It said: "His smile and boundless energy was electric.
"He loved Ninja Turtles, Pokemon, Superheroes and being silly. Above all else John loved his mom, dad, and big sister.
"He is loved by so many and will be missed tremendously.
"Nothing we can do will bring their little John back but I do hope to ease the family's burden."
His mum rushed outside and picked up her son in her arms but he was unconscious and unresponsive.
John's death from ligature strangulation was listed as accidental, according to James Garrow, spokesman for the Philadelphia Medical Examiner's Office.
The GoFundMe page has so far raised over $19,000 in just one day.
http://www.dailystar.co.uk/news/latest-news/598587/boy-killed-dog-strangled-john-bruno-pennsylvania-family-tragedy-gofundme 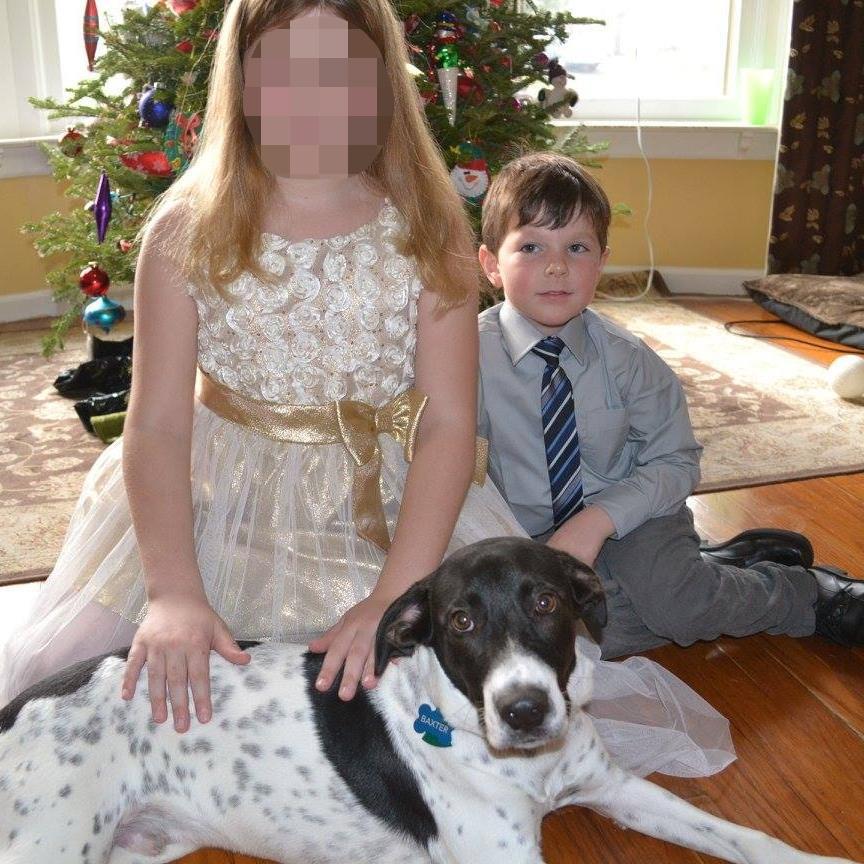 (It is not known at this time if this is the dog that tugged on his scarf.)

WARRINGTON TWP., Pa. –  A five-year-old boy who was accidentally choked when investigators say the family dog pulled his scarf too tightly around his neck, has died.
Officers were called to the 1900 block of Palomino Drive around 4:23 p.m. Wednesday for a report of a young boy found lying face down in the snow, unresponsive.

According to police, the child's parents and sister were home and inside of the house when they looked out and found the boy lying on the ground, with the family dog tugging at the boy's scarf.
EMS arrived on scene after the boy's mother had untied his scarf, which had been tight around his neck. First responders began CPR, and transported the boy to Doylestown Hospital.
Investigators believe the dog, a 1-YEAR-OLD HOUND MIX, pulled the scarf too tightly around the child's neck. They say preliminary details indicate the incident was an unlikely, tragic event.
The boy was moved to the Children's Hospital of Philadelphia, where he was under heavy sedation for the next several days before he passed away Saturday, according to his family.
http://www.foxnews.com/us/2017/03/20/pennsylvania-boy-dies-after-accidental-choking-involving-dog-scarf.html

1)  1-17 LOGAN BRAATZ - 6 - ATLANTA GA - The boy was walking to his school bus stop with other children and some adults when 2 loose dogs began attacking them - It was reported that Logan was eviscerated, his friend Syrai Sanders was scalped and another child was injured - Although neighbors came running with sticks, knives and whatever they could find, the attack was deadly and swift and the dogs continued to circle and attempt to attack - The dog owner said his dogs had a fence but "SOMEHOW" got out.

2) 1-17 SKYLAR DEAN JULIUS - 2-MONTHS-OLD - SAN MARCOS TX - The father was caring for the infant girl while the mother was at work - He fell asleep for around 20 minutes and when he woke up the baby had been mauled by the family German Shepherd they had had for over 8 years and it was reported that the dog "had never shown aggression before".

3) 2-13 LOUISE HERMIDA - 75 - QUEENS NY - The elderly woman was mauled by her large dog that had been adopted almost 6 years ago. The breed is said to be a Mastiff or a Mastiff/Great Dane mix.  Neighbors say as many as 10 dogs lived at the apartment.  Her 39-year-old son, who has autism, attempted to put the dog in its cage and he was bitten on the leg.

4) 2-16 UNIDENTIFIED 5-YEAR-OLD BOY - CLARKSVILLE TN - Emergency personnel were called at 8:20am on a Thursday morning to a report that the Family's two English Mastiffs reported to be about 6-months-old had mauled the child. The boy died from extensive injuries.

3-18 JOHN BRUNO - 5 - WARRINGTON TWP PA - John was playing in the snow on Wednesday, March 15, when his family looked out and saw him down on the ground with the family dog tugging at his scarf around his neck - He was unresponsive and first responders gave him CPR and he was rushed to a hospital - He died on Saturday, March 18 - Investigators report that he suffered ligature strangulation from the hound mix pulling on his scarf.

This really does sound like a horribly tragic incident. Very sad.

Why was a dog and an 18 month old left unattended? The way the article states that the child was found unresponsive indicates that there was no one supervising.

The dog was 18 months old, I'm an idiot. Yeah, a 5-year-old is perfectly capable of playing outside under periodic supervision, especially if they're with an older sibling.