SOUTHHAMPTON ENGLAND - A NEIGHBOR'S PIT MIX? CRASHED THROUGH A FENCE HELL BENT ON KILLING ANOTHER ANIMAL...GOOD PIT!!! IN 7 MINUTES HE HAD RICHARD COPELAND'S BEAUTIFUL CAT OF 16 YEARS DEAD AS A DOOR KNOB 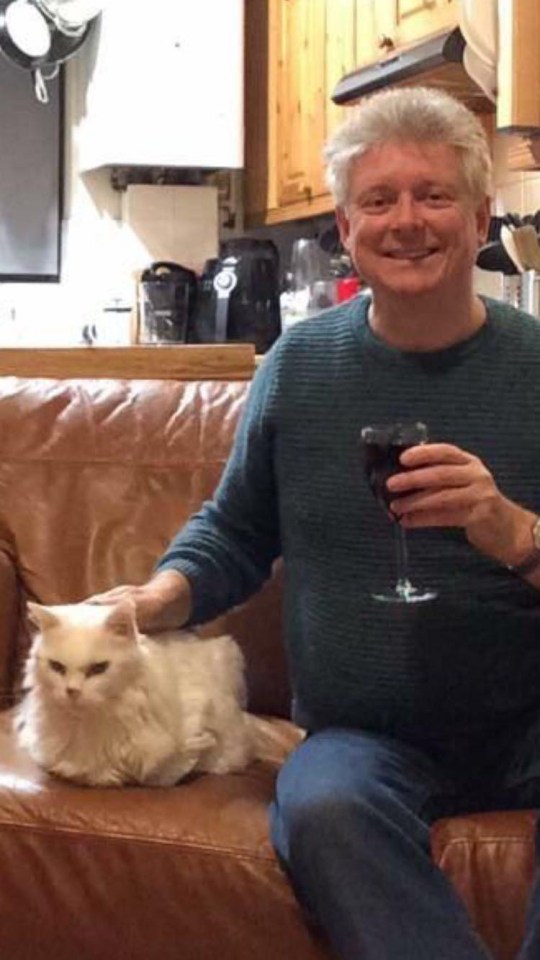 Devastated owner Richard Copeland released footage of the graphic last moments of his beloved pet, saying he was frustrated police had not taken the attack seriously and were still yet to properly interview him.

A neighbour, who is not the owner of the dog, can be seen trying to pry the cat out of the dog’s mouth. 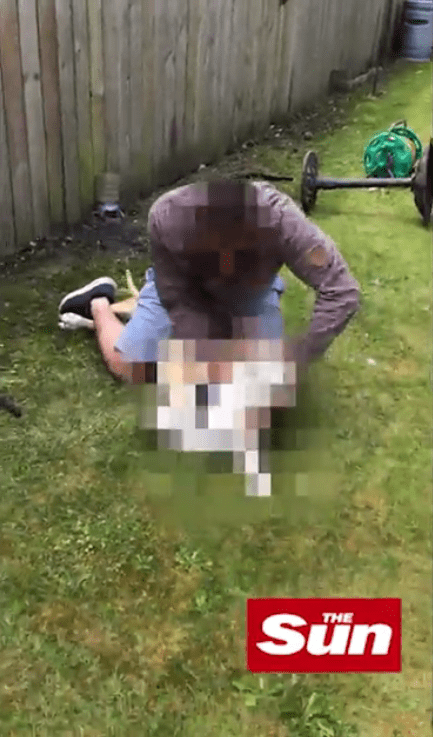 The dog was pictured with blood covering its nose after it pounced on the cat.


The 54-year-old filmed his cat Disco in the jaws of his neighbour’s dog, having desperately tried to help the fluffy white Maine Coon, even trying to hit the mutt over the head with a concrete brick.
Richard, of Southampton, has now said he was left “equal measure angry and sad” after losing his pet of 16 years – saying police were still yet to contact him about the incident. 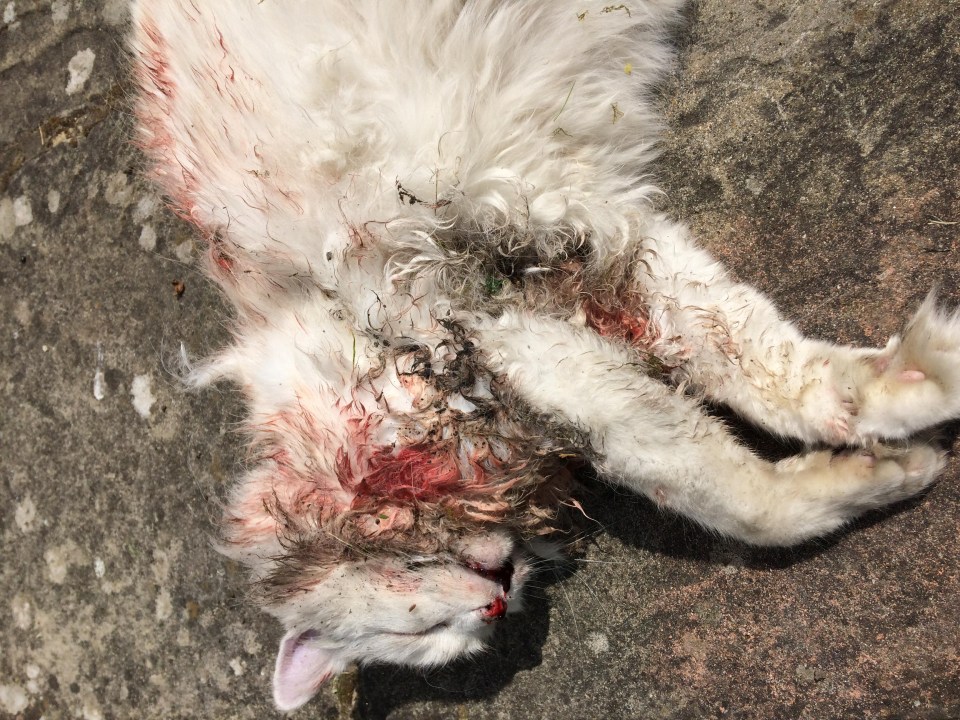 Recounting yesterday’s attack, Richard told The Sun Online: “I heard an enormous bang from the garden and I went out to see what had happened.
Richard can be heard yelling during the video, as a neighbour, who does not own the dog, tries to stop it attacking the cat
“I saw the next door neighbour’s dog, which had come through the fence, literally demolishing it, and chased the cat. 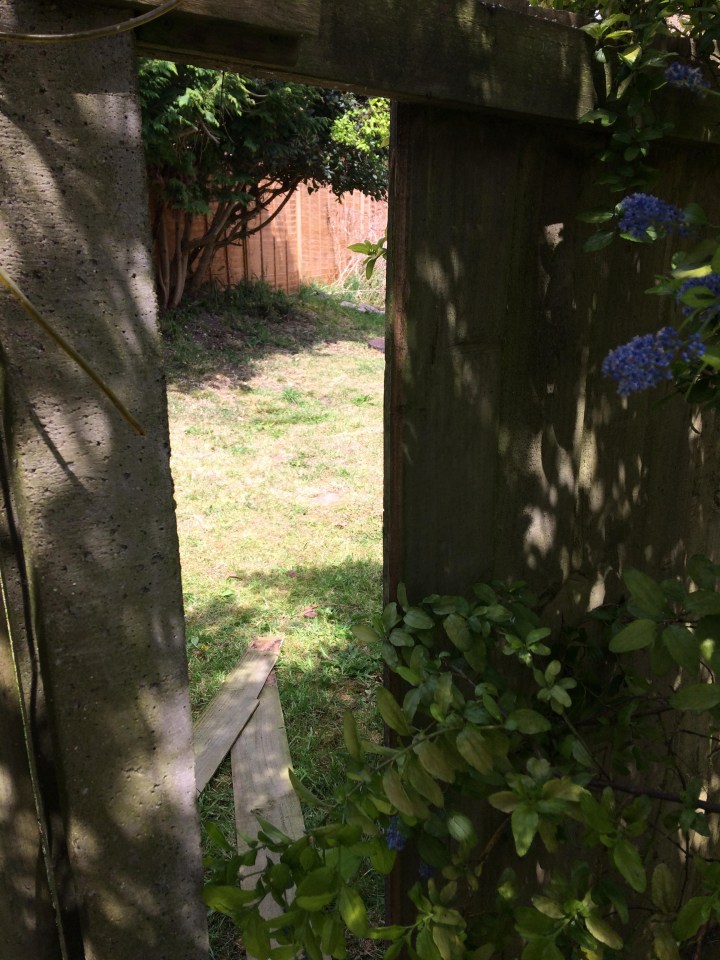 “It caught it and mercilessly savaged the poor thing to death.”
Horrified Richard said he tried to save his cat of 16 years but was hurt in the process – with another neighbour who does not own the dog rushing to help prise the dog’s jaw from the bloodied body of the cat.
He said that yesterday’s attack, that unfolded about midday at his home on Iris Road, lasted about seven minutes, only ending when Disco the cat was dead.
Richard, a professional organist, said the dog could have smelt his cat and decided to attack.
In the video, he can be heard yelling, saying: “You should not keep a dog like this. I will be calling the police.”
He told The Sun Online: “My main upset is that the police haven’t spoken to me about it.
“I was worried the dog might get out and hurt a child – we live near a school.
“You feel so utterly helpless.
“I don’t have words to describe how upset and angry I am with the police because of their complete lack of care.”
Richard was yesterday treated by paramedics for shock and his own injuries.
It is unclear what breed of dog the animal involved in the attack was. 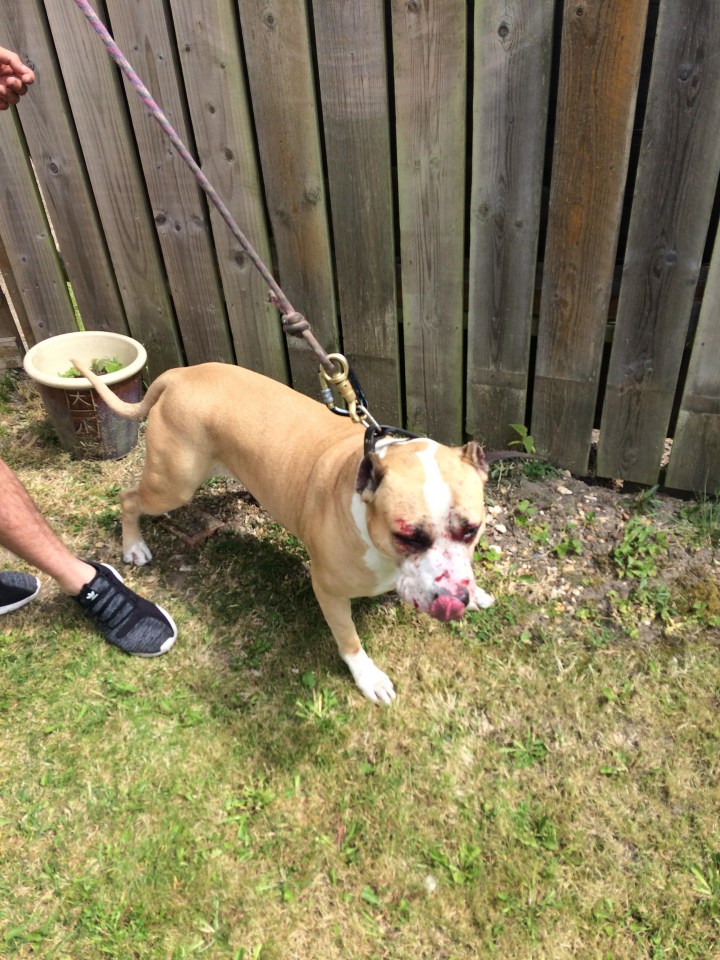 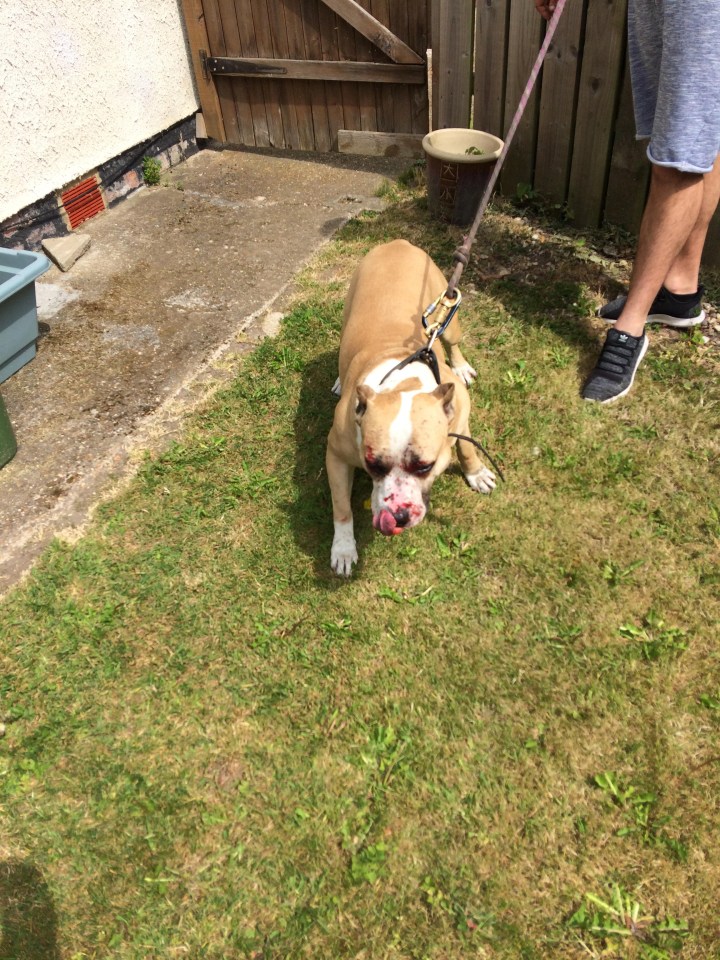 He said the dog’s owner had since spoken to him and apologised profusely for what had happened.
The 54-year-old said: “They were utterly distraught about what had happened with the dog.“They couldn’t apologise enough but what more can you do?”
The incident has since been flagged with Southampton City Council, who has since sent a dog warden to the home.
But Richard said he was still grappling with the loss of his cat.
He said: “Our children are all grown up and gone but he was always here.
“He’s left a gaping hole.
“His dishes are still on the floor, I haven’t had the heart to take them away.”
The Sun Online attempted to contact the owner of the dog.
A Hampshire Police spokesperson said: “We were called at 12.49 on Thursday 11 May about a report of a dog that had killed a man’s cat and also bitten him on his hand in Iris Road, Southampton.
“It was reported that someone caring for the dog got the dog under control after the incident.
“The man was advised to seek medical advice regarding the injury to his hand and contact the dog warden with regards to the dog attacking his cat.
“The investigation into the dog biting the man is ongoing.”
South Central Ambulance Service said they assessed Richard at the scene for minor injuries.
A Southampton City Council spokesman said: “Today, an animal welfare officer from Southampton City Council visited both pet owners involved in the incident and gave them advice.
“We understand that because the cat owner was allegedly bitten by the dog, that this matter has been referred to Hampshire Constabulary.”
https://www.thesun.co.uk/news/3546713/horrifying-moment-dog-burst-through-organists-fence-and-mauled-his-cat-to-death-as-he-tried-to-beat-it-off-with-a-brick/

It's so gross to see the pit bull "mix" licking blood off of its face.

It got annoying how many times the "neighbor that did not own the dog" was thrown in. Okay, we got it! I mean, neighbour.

To the owner that did own the dog, put it to sleep. Now that the Staffordshire Nanny Dog mix has had a taste of blood, there will be more dead bodies to come. But no, be a spineless, selfish jerk. Let someone else suffer a dead pet before you even consider losing your own pet. Nutters never want to suffer the loss of their precious companion animal murderers.

It is very sad to see the dead cat. I can only imagine how heart wrenching it is to lose a pet like that. In its own yard, minding it's own business.

Does anyone else wish they could go around shooting pit bulls in the head? I mean, randomly walking up to a pit bull and just killing it for no reason? Let the nutters see what it feels like to out of the blue lose their pet. To me, that's what all these animal deaths are. The only thing is, if I were to act this out, I would be in jail in two seconds flat. But holy moly, pit bulls get to kill whatever they want, and then kill again, and no one bats an eye. I just don't understand.

Oh, it was an accident. Oh, I'm so sorry. Oh, Mr. Munchkin has never shown signs of aggression before. Oh, it's not a common occurrence. Oh, your kitty must have done something to provoke Mr. Munchkin.