TUCSON AZ - A NEIGHBOR'S RECENTLY ADOPTED PIT BULL BUSTED THROUGH A FENCE AND INVADED A HOME TO ATTACK BELOVED "STEWIE BUG" UNDER THE KITCHEN TABLE ... VET WANTED $2000 UP FRONT TO SAVE HIS LIFE!!!

UPDATE: The GoFundMe account to help raise money to save the life of Stewie 'Bug' has exceeded its $2,500 fundraising goal needed to pay emergency vet bills.
The online campaign has raised $2,900 as of Thursday morning.
William Gilbert, and his wife, Robin Hensley, told News 4 Tucson if they couldn't pay the money upfront, their beloved dog would be euthanized. They thanked the community for their generous donations.
A local couple says they are in desperate need of help after their dog was viciously attacked by another dog.
William Gilbert and his wife, Robin Hensley, say a neighbor’s dog broke past their fence and into their Southside home this week.
“I tried to stop the dog and I couldn't and it got my dog under the kitchen table,” said Hensley. “And he was just shaking my dog really hard.”
Robin was eventually able to get her dog, Stewie 'Bug', away from the attacking dog.
“My dog was lying unconscious in the floor and there was just blood spread everywhere in the kitchen,” she said.
County officials took the attacking dog away. Stewie is now in grave condition. The family is now stuck with a $2,000 emergency vet bill and, if they can’t pay it, they say they will have to euthanize their dog.
“We can't find a vet that would even help us without everything up front, they won’t even take five hundred dollars down and take payments,” she said. “It's not our fault that this happened; it's not our dog's fault that this happened. He’s suffering and we're suffering.”
PACC officials confirmed that the attacking dog was only recently adopted from its center. Officials say it had no bite history, but was classified as not being good with other dogs. It has been surrendered to the county, and will not be placed for adoption again.
You can donate through the couples GoFundMe. 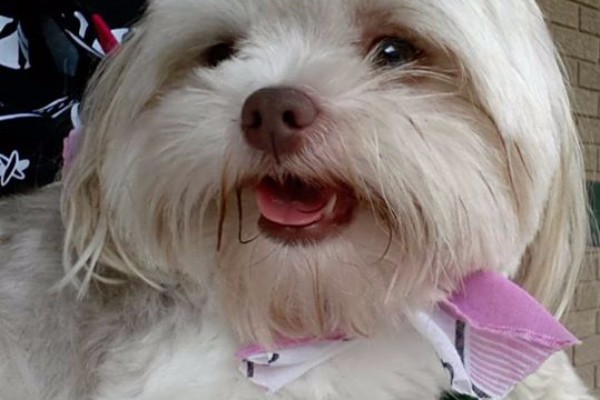 Bug is an awesome dog, he is known all over the nation! He has been to 39 states over a dozen times trucking with us in an 18 wheel truck! He has friends in many states!!

My neighbor adopted the pit bull just a few days before the pit bull charged in my house as I was leaving, he had jumped my fence to even get in my yard, he viciously attacked my dog bug under my kitchen table, I hit the pit bull with a metal pipe several times before he dropped bugs lifeless body! Now bug bug is fighting so hard to survive. Please pray for bug, he's my heart!