LAUDERHILL FL - DEC 2016 - YASMIN ADAM'S RED NOSE PIT OF 9 YEARS CHEWED ONE OF HER ARMS OFF AND TRIED TO TAKE THE OTHER ARM OFF - SHE HAD AN APARTMENT FULL OF THEM - HOSPITALIZED 6 MONTHS! - ARE TAX PAYERS FOOTING THE BILL FOR LAND SHARKS THAT PEOPLE WANT TO KEEP AS PETS? 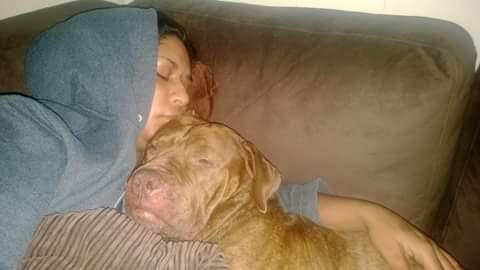 Traumatised Yasmin Adam, 45, was left lying in a pool of blood and fearing for her life after her previously good-natured pooch, Sir Hinkles, attacked her.

Yasmin says the "gentle" mutt launched at her and started tearing the flesh from her arms as she tried to break up a play fight between him and two other dogs.
Bloodthirsty Sir Hinkles, a nine-year-old red nose pitbull, chewed on the bone in her left arm for nine minutes before police arrived and shot him dead. 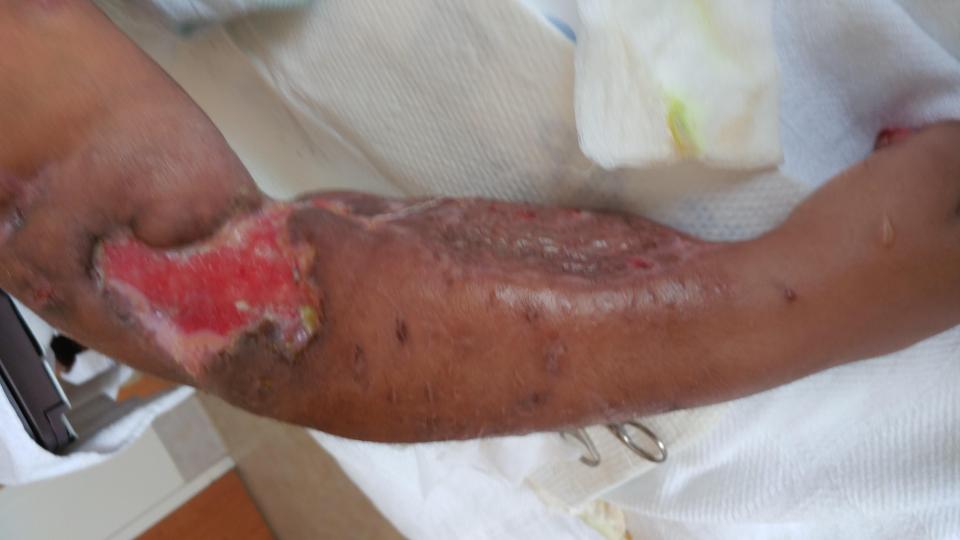 The former quality control technician, of Fort Lauderdale, Florida, said: “He got a taste of blood and came out and bit me on my right arm.
“After that he attacked me on and off for nine minutes.
"The dog ripped all the meat off my lower left arm, and that’s gone now.
She added: “I just stopped fighting the dog. I figured I was going to die.
"He kept trying to pull the bone out of my arm.” 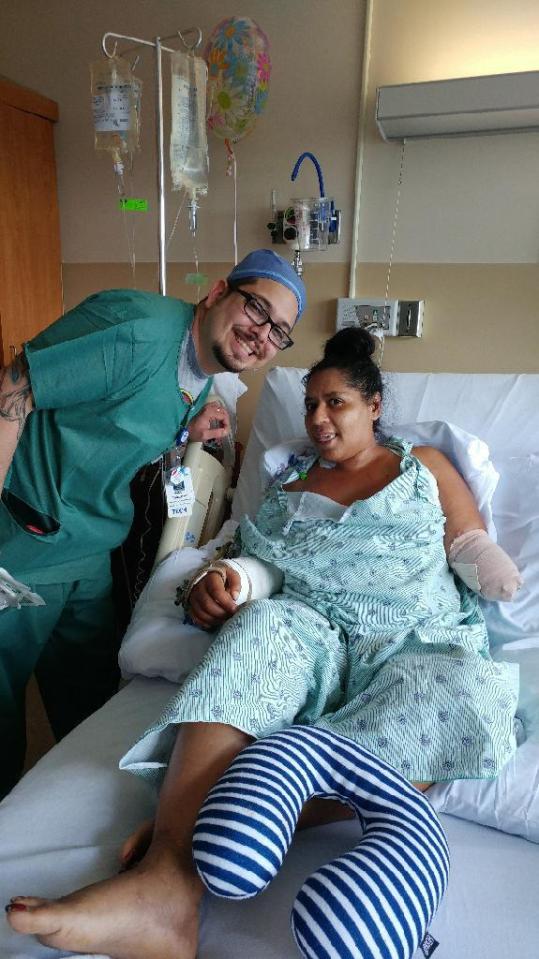 A teen witness alerted the police, who pepper sprayed the vicious dog before shooting him.
Doctors at Broward General Hospital, Florida, battled to save Yasmin’s left arm for three weeks before it was decided that amputation was the only way forward.
She said: "It was the most painful thing I’ve ever experienced in my life.
"I could see the bone clear as day. Eventually, they amputated it from just above my elbow on Boxing Day.
“I’m just working on getting my right arm functional again. He ripped that arm apart too, but not as badly."
She added: "I can’t move my wrist and I have limited movement in my fingers.
“To be honest I thought I was going to die so to have just lost my arm I feel lucky.”
Yasmin was in hospital for six months.
While Yasmin was upset she couldn’t save them, she now warns people about the dangers of owning this breed of dog as, prior to the attack, Sir Hinkles had never shown signs of aggressive behaviour.
She said: "I loved him so much. He slept with me in my bed, he never was out of line.
"He was always so gentle with children and really friendly.
"He never snapped at cats or little kittens, he never touched a kitten.
"I didn’t even have to put him on a leash because he was such a good-natured dog.”
"I loved Hinkles, I had him for nine years but he turned on me in nine minutes.

'NOW I WARN PEOPLE AGAINST THESE TYPES OF DOGS. PEOPLE ALWAYS SAY IT'S HOW YOU RAISE A DOG THAT MATTERS, AND I WAS ONE OF THOSE PEOPLE.'

At least this nutter learned her lesson. This is why we need Breed Specific Legislation! To protect nutters from themselves and their stupid choice in pets.

The dangerous nature of pit bulls is in the public domain. It is not a secret. The fact that some people wish to ignore reality does not change the fact that these types of attacks can happen to anyone. Why do we have to foot the bill for this pidiot?

Nutters want to talk about how expensive it would be to enforce BSL. I disagree! It would be far cheaper than even one serious pit bull attack!