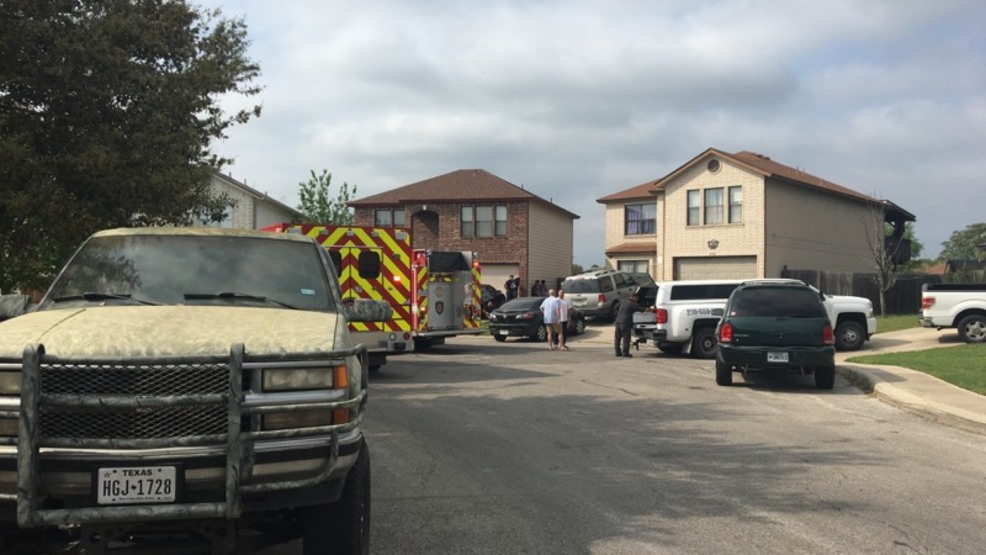 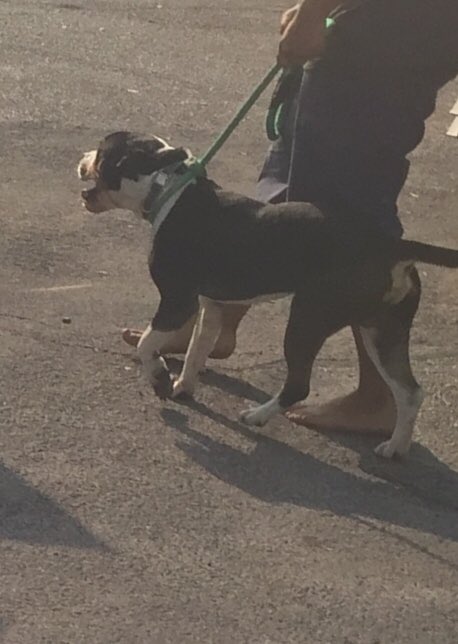 
A 4-year-old boy in Converse was killed following an attack by his family’s pet dog Sunday afternoon, officials said.

A Bexar County Sheriff’s Office statement said the boy, identified later as Noah Trevino by the Bexar County Medical Examiner, was airlifted to an area hospital in serious life-threatening condition after being found with his neck in the jaws of the large, MIXED-BREED DOG.  The incident occurred in the backyard of Trevino’s home on the 8900 block of Twincreek Farm.

Sheriff’s Sgt. Elizabeth Gonzalez said the family freed Trevino from the dog’s hold and began performing CPR until deputies arrived and took over.

Trevino was later pronounced dead at the hospital.

The dog is reportedly in the custody of Bexar County Animal Control and is expected to be euthanized.

The last reported fatal dog attack in San Antonio occurred in 2014 when two mixed-breed pit bulls crawled under a fence and attacked Petra Aguirre, 83, while she fed her cats.

According to a previous report in the San Antonio Express-News, in the past fiscal year there were 15 dog attacks in San Antonio resulting in serious bodily injury requiring hospitalization, and 36 dogs were deemed dangerous. This fiscal year, starting in October, nine serious bodily injury cases have occurred and ACS has deemed 23 dogs dangerous.

In January, Alphonso McCloud was sentenced to four years in prison and Stanyelle Miles-McCloud received 10 years of probation after being convicted of a dangerous dog attack that caused serious bodily injury. The couple’s pit bull, Bully, attacked neighbor, Doris Mixon Smith, whose arm was ripped off under her elbow and face suffered massive injuries.

Authorities identified the 4-year-old boy who was killed Sunday evening after he was bitten by a dog in his own backyard.
Noah Trevino, 4, was pronounced dead at the hospital. The Bexar County Medical Examiner has not determined the cause or manner of death.
Authorities were called to the 8900 block of Twin Creek Farm at about 3:45 p.m. for reports of a dog bite. The Bexar County Sheriff's Office said the 4-year-old was in the backyard Sunday with the family dog, when the "LARGE MIX BREED"  dog bit him on the neck. His uncle told police that he went outside and the family started CPR to resuscitate the child.
Authorities said the child was airlifted to University Hospital with life-threatening injuries and "excessive trauma." He was later pronounced dead at the hospital, officials said.
The family said the dog has never attacked people. The dog will likely be taken by animal control, authorities said.
This is a developing story. We will have the latest tonight on our newscasts at 9 and 10 p.m.

The medical examiner's office has identified the 4-year-old boy who was fatally attacked by his family's dog Sunday afternoon as Noah Trevino.

According to the Bexar County Sheriff's Office, Noah was playing in the backyard of his home in the 8900 block of Twincreek Farm. Bexar County Sheriff Javier Salazar said the dog was tied up when he attacked the child.
"It appears that the child may have gotten too close to the dog," Salazar said. "One of the relatives of the child actually looked out into the backyard and saw that the dog had his mouth around the little boy's neck and was shaking him."
Salazar said Noah was found lifeless. Family members attempted to administer first aid, but were unsuccessful. He was airlifted to the hospital where he was declared dead.
In response to the fatal dog attack, Salazar said a child should never be left alone with a dog, even if it's not known to be vicious.
"This was a family dog," Salazar said. "Even if the dog doesn't show any outward signs of aggression, sometimes they can be unpredictable. So, it's best to always be vigilant when you're dealing with a small child and a dog like that."
Bexar County Animal Control took the dog, which they described as a "MIXED LARGE BREED." It will be held for overnight observation and tested for rabies before being euthanized, according to authorities.
https://www.ksat.com/news/4-year-old-boy-dies-after-being-attacked-by-family-dog


1)  1-9 - LAURA WILLIAMS RAY - 50's - BROWNSVILLE QUACHITA PARISH LA - She died from injuries after a pit bull mauled her at the Happy Hounds pet boarding facility where she worked - A FB friend said she was cleaning a kennel around 11pm when the 50 pound pit attacked her -  The owner had signed a form for the pit saying it was not aggressive and had never shown aggression - She was the mother of 4 children.

5) 3-9 - LOXLI WILLOW CHAVEZ - 13 MONTH OLD GIRL - CAPE GIRARDEAU MISSOURI - Babysitter's  male Pit Bull Mix said to be around 40 pounds mauled the toddler to death - Cape Girardeau Police Facebook comments are about the only information coming out - Even the gofundme site tells us nothing but the baby's name -.........

6) 3-25 - NOAH TREVINO - 6 - CONVERSE BEXAR CO TX - The family's large black and white Pit Bull Mix was tied up in the back yard and  Noah was playing - A relative looked out and saw the dog had the child by the neck shaking him - The family started CPR to  resusitate him and he was air lifted to hospital but was pronounced dead.

Pit bulls have killed 5 people so far this year!

THERE IS SOMETHING WRONG WITH THE BREED!

It's not the owner, it's not how they were raised, it's not any other excuse nutters dream up. Pit bulls were made to kill, and kill is what they love to do. To end the killing, end the breed. It's not complicated!

How vigilant do you have to be with a "family dog"? I don't think this sheriff and I use the same definition of the term "family dog". A family dog is one that is safe around children. Literally, this child crossed a line in his yard while he was playing and was mauled to death. How is that safe in any universe? A kid should be able to run around in his back yard without anyone worrying that he's going to be killed by a monster.
When are parents going to wake up? RIP Noah.

In my opinion Pitbull related fatalities are as preventive as drownings. It's so black and white! Keep your kids away from these killer dogs!