PORT ELIZABETH SOUTH AFRICA - RUAN REDGARD, 27, WAS MAULED TO DEATH BY 2 PIT BULLS WHO JUMPED A WALL AND ATTACKED HIM AS HE WAS WALKING HOME 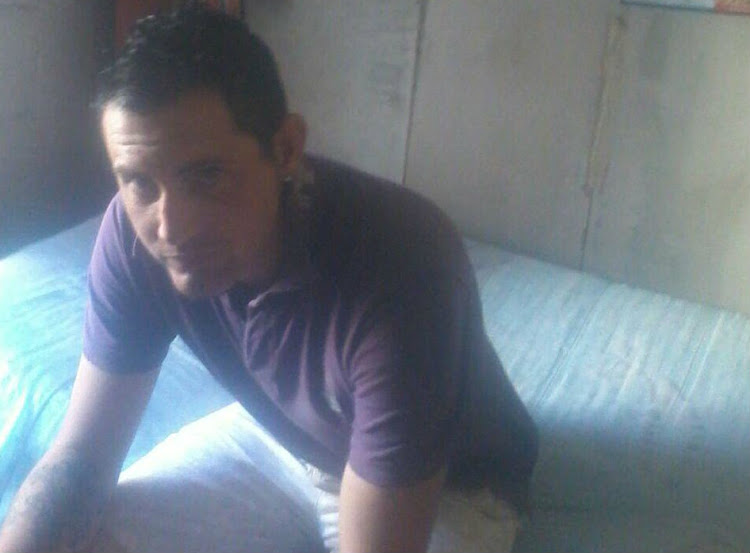 A horrific 40-minute ordeal in the late hours of Monday night left a Port Elizabeth man dead after he was mauled by  TWO PIT BULLS.
Another man who tried to intervene was also savaged and taken to Livingstone Hospital after residents desperately tried – and failed – to pry the animals off using a stungun, sticks, boiling water and by ramming the dogs with their vehicles.
Ruan Redgard, 27, whose clothing was ripped off his body, died shortly after being dragged into a nearby garden by residents when the dogs were eventually chased away by an ADT vehicle.
The attack on Redgard was unprovoked as he was walking back to his Magnolia Street, Algoa Park home at about 10pm, according to eyewitnesses.
His sister, Chantelle, said she was woken up on Monday night by someone who lived with her brother.
“They said I must come quick because my brother was dead,” she said.
“I was told the dogs came over a wall and started attacking my brother.
“When I got to the scene he didn’t have a piece of clothing on. It broke me to see him lying there naked and dead. I am still in a daze,” said Chantelle.
She described Redgard as a loving person who was always friendly.
“He had just bought a new Nokia cellphone and had sent me a message on Monday.”
Police spokeswoman Captain Sandra Janse van Rensburg said an inquest docket had been opened.
“At this stage it is unclear how the dogs got out the yard.”
She said police at the scene identified the two dogs and put them down.
“Our investigations will determine what will happen to the owner of the dogs. We will be working with prosecutors on this matter.”
David Wilken, 53, who lived with Redgard on the Magnolia Street property, had heard screams and ran outside to help.
The dogs turned on him and he was taken to Livingstone Hospital.
https://www.heraldlive.co.za/news/2018-05-01-pe-man-dead-after-being-mauled-by-pitbulls/

Very sad story. However, people need to understand that beating or causing some type of pain to a pitbull when it is attacking only intensifies the attack. One needs to stop the attack with a bite stick or lethal force. Of course, no one is expecting this kind of emergency or adequately prepared for it. A gun would have been very handy.

You just reminded me I need to carry a break stick. My dog was attacked by a pit bull on Monday. She's fine because I acted before the pit bull latched on. I was stupid because the pit bull could have come after me. I didn't even take my knife out. Next time, I will.

Digging my nails into the flap of skin between the hind leg and stomach cause the pit bull to stop its attack. It yelped, I guess it doesn't like feeling pain? Poor baby!

I really should get my concealed carry license already. My neighborhood is filled with insane pit bulls. I can't walk anywhere without encountering them. I'm seriously sitting here enraged. It is a jungle out there.