ATLANTA GA - A WOMAN MAULED BY A PIT BULL TERRIER AT A SOUTHWEST ATLANTA ROOMING HOUSE WAS GRANTED A $4.2 MILLION DEFAULT JUDGMENT AGAINST THE PROPERTY'S OWNER 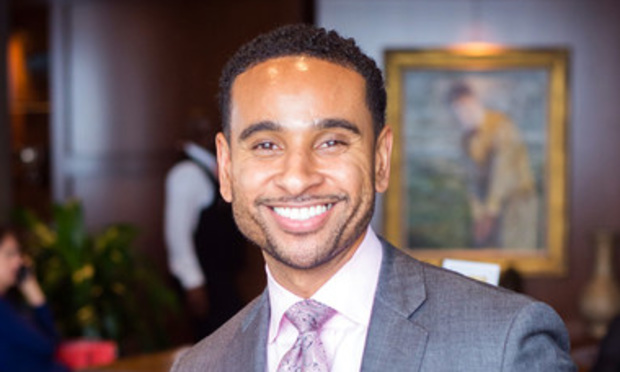 (Joshua Davis, Morgan & Morgan, Atlanta)
A woman mauled by a  PIT BULL TERRIER DOG  at a southwest Atlanta rooming house was granted a $4.2 million default judgment against the property’s owner.
Morgan & Morgan attorney Joshua Davis said he is under no illusion that property owner Jonathan Hart, who never responded to a lawsuit seeking about $60,000 in medical bills and other damages, can cover the hefty judgment. In addition to the rooming house, he said Hart apparently holds interests in multiple properties that Davis intends to go after.
“That’s one of the reasons I was so surprised he never responded,” Davis said. “He has experience; he knows the game. That’s why it was so baffling that he never responded when I requested his insurance information. He could have probably settled for his policy limit.”
Hart did not respond to an email address listed on court filings for him. A man who answered the phone number listed for him profanely shouted he had no money and would not identify himself before hanging up.
According to Davis, co-counsel Miguel Dominguez and court filings, the case began when Nakisa Hiles, 40, needed a place to stay in 2016. Hart offered her a room at a house on Montreat Avenue, where several other people lived.
Hiles was attempting to enter the rear door of the house her first day there when a pit bull chained in the backyard broke free and attacked her, biting her repeatedly on her right leg and ankle.
“She had 32 stitches on her shin alone,” said Davis, and developed an infection. “It was obviously very traumatic. She walks with a permanent limp now.”
Davis said Hiles has tried to work but cannot stand for any length of time because of her injuries. Her studies for a bachelor’s degree in business administration suffered because of the pain medication she takes.
He said the dog was apparently owned by a prior tenant who died some months earlier.
“Technically it was nobody’s dog,” said Davis. “The other tenants would throw it scraps. Apparently other neighbors had complained about it getting off the chain.”
Davis said Hart assiduously avoided Hiles in the months after the accident, refusing to speak to her or to collect rent.
After she contacted Davis, who began trying to get insurance information from Hart, the landlord filed a dispossessory action against Hiles in Fulton County Magistrate Court.
“He never sent an eviction letter, he never responded to my requests or was available for service,” Davis said.
“I think he got caught up trying not to deal with this dog bite,” Davis said. “I guess he thought it was going to go away.”
Hart also missed a dispossessory hearing last year, during which Davis asked that the case be moved to State Court to deal with Hiles’ counterclaims.
Judge Wesley Tailor set a June 1 trial date.
“We waited almost an hour and [Hart] didn’t appear,” Davis said. “I had filed a notice of default, so I put on my full case for the judge.”
Davis said he asked for $11 million in damages. Tailor retired to his chambers and returned after about 20 minutes with a judgment awarding $4.25 million
The next step is to file a writ of fieri facias with the court to satisfy the judgment.
“This is not some Joe Schmoe who owns one property,” he said. “I’ve found at least 16 properties associated with him.”
https://www.law.com/dailyreportonline/2018/06/12/landlord-hit-with-4-2m-default-judgment-in-pit-bull-attack/