CAPE CANAVERAL FL - "I ALMOST SHOT A PIT BULL LAST WEEK" ...A VIRGINIA MAN ON VACATION IN FLORIDA WRITES ABOUT HIS ENCOUNTER WITH A VERY LARGE PIT WHILE TAKING A WALK 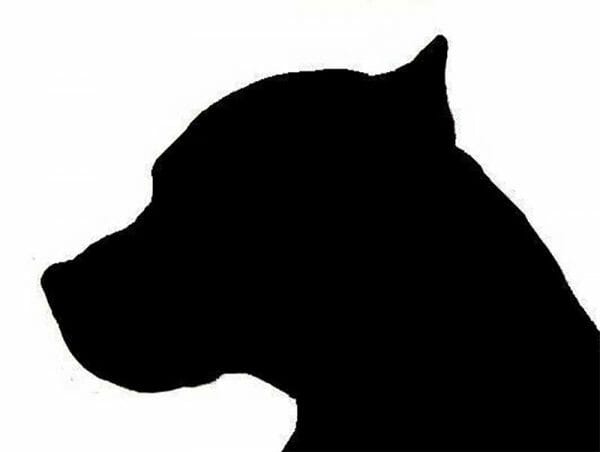 Virginia – -(AmmoLand.com)- Last week I was on vacation in Florida and went out for an afternoon walk. Florida, for all its heat and humidity, does not allow open carry. So that afternoon I was carrying a Sig P320 subcompact in .40 S&W in a small fanny pack over my appendix.
At one point during the walk through a neighborhood in Cape Canaveral, a mother pushing a baby in a stroller was walking in the opposite direction. As we approached each other, the mother suddenly got a frightened look on her face, stopped, and backed up with the stroller, partly into a yard.
My radar went up, and I looked to my left, only to see a  PIT BULL  running out of an open fence gate across the street and headed straight towards me, with no owner in sight! All I could see were those large jaws and extremely muscular physique.
I had just enough time to unzip the fanny pack and to grab the grip of the P320 before the dog was next to me. I avoided eye contact, looking straight ahead and continuing to walk, but watching the dog in my peripheral vision.
Was this dog about to attack or was this just a playful, BUT FULL-SIZED, “puppy“? As a dog owner myself, the last thing I wanted to do is to shoot someone else's dog if there was any way to avoid it.
In that two-second interval as I was reaching for my gun, I had already decided that if that dog attacked me, that baby, or her mother, I was going to shoot the dog, in the spine if possible, else wherever I could get a safe shot. Pitt bulls have a thick skull so that a headshot can be tricky. Also, you don't want to destroy the dog's brain, if possible so that it can be later checked for rabies.

[The sheepdog in me: I also remember thinking that if someone was to be attacked, far better it was me than the baby or the mother.]

Bam! The dog ran behind me and then quickly hit me hard in the back of my right knee, making my leg buckle. But I did not detect a bite or an actual attack.
The dog then ran in front of me, bounding in short leaps. “Only a puppy!,” I prayed hopefully.
The dog then started running towards the baby in the stroller, as the mother stood frozen. I continued to watch the dog intently while walking quickly to close the distance between the dog and myself just in case…

But the dog stopped short of the stroller and then turned and ran back towards one of the houses.

I let out a final sigh of relief, released my grip on the gun (the gun remained concealed through the entire event), re-zipped the fanny pack, and continued on my way, as did the mother and her baby.
Some important notes:
This event served as yet another reminder that danger can appear anywhere and at any time. You're either ready or your not. I was ready, but very thankfully, it was but a false alarm.
https://www.ammoland.com/2018/09/i-almost-shot-pit-bull-last-week/#axzz5QpK8SMal

As far as I'm concerned, the pit bull displayed dangerous behavior. I hope the person that wrote this called authorities that a pit bull was loose and threatened 3 people. For a pit bull to make physical contact, shows how bold it is behaving, and it is only a matter of time before it attacks someone.

Great, wonderful, this person had a gun. What about the law abiding citizens that do not carry? We are at the mercy of loose pit bulls everywhere. I feel threatened each and every time I come near a pit bull, let alone one that is running loose with no owner in sight.