GREENVILLE COUNTY SC - NANCY BURGESS-DISMUKE WAS FATALLY MAULED BY HER 2 BOXER MIXES AS SHE WAS PLAYING WITH THEM IN HER YARD ... "ONE ARM BITTEN OFF AND THE OTHER ARM BARELY HANGING ON" 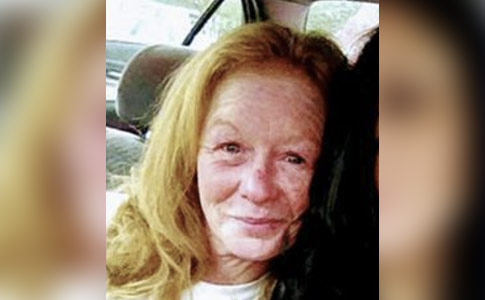 A 52-year-old South Carolina woman was mauled to death by two of her dogs when they turned on her while she was playing with them in her yard, PEOPLE confirms.

Nancy Cherryl Burgess-Dismuke of Greenville was wrestling with her dogs in the front yard of her mobile home at about 1 p.m. Thursday when two of her  BOXER MIXES  became aggressive and turned on her, Greenville County Sheriff’s Office spokesman Lt. Ryan Flood confirms to PEOPLE in a statement.
Hearing her screams, neighbors came running and tried to pry the dogs away from her.
Grabbing a blunt ax, neighbor Denzel Whiteside worked to drive the dogs away from her, he told The Greenville News.
“I did everything I could,” Whiteside told local Fox affiliate WHNS.


His roommate, William Long, also came to her aid, using a drive shaft he found in the yard to beat the dogs away, The Greenville News reports.
Thanks to her neighbors’ efforts, she managed to stagger away from the horrific scene and “threw” her body over a fence to get away, The Greenville News reports.
But “extremely severe” dog bites on her upper extremities caused her to lose a large amount of blood, Senior Deputy Coroner Kent Dill said, The Greenville News reports.
The coroner’s office did not immediately respond to PEOPLE’s requests for comment.
"One arm was already bit completely off," he told the Greenville News.  "The other arm was barely hanging on."
Amber Green, who called 911, told The Greenville News: “It went from looking like they were really playing to them really eating her alive.”
Sheriff’s deputies who responded to the 911 call tried to stop the bleeding with tourniquets, Flood says.
Though she was “alert” and “talking” with paramedics, she went into cardiac arrest at the hospital, Dill told The Washington Post. She died hours later.
Greenville County Animal Control confiscated the dogs, which were euthanized Friday, Bob Mihilac, Governmental Affairs Coordinator for the county confirms to PEOPLE.
Burgess-Dismuke often put her arms in her dogs’ mouths while playing with them, neighbor Whiteside told The Greenville News.
He remembered her as a kind woman who would help anyone with anything they needed.
“We’re praying for the family. Hopefully, they’ll get through this and we’ll be there to support them the entire way,” Whiteside said.
The Greenville County Sheriff’s Office and coroner’s office are still investigating the case.
https://people.com/crime/sc-woman-mauled-death-dogs-playing-her-yard/

2)  1-21- Ed Stanley - 85 - Amarillo, Potter County TX - He was severely mauled over his entire body by a PIT BULL AND A SHEPHERD MIX on his driveway - A passerby came to his aid but he died 2 weeks later -  http://www.dogsbitedecatural.com/2019/01/amarillo-tx-85-year-old-man-suffered.html


3)  2-7- Ashton McGhee - 1 - Guthrie KY - The 1-year-old baby boy lived in Hopkinsville KY and was visiting his grandparents' home when one of the family dogs came in from outside and attacked him - The Chief of Police said the PIT BULL MIX may have been spooked by a thunderstorm and then spooked again by the ball the child was playing with - "IT'S AN UNFORTUNATE FREAK ACCIDENT".

4)  2-8- Elaine Richman - Houston TX - She owned two DOBERMAN PINSCHERS  that she trained as show dogs - She was found dead in her backyard with bite marks over her face and body.

6) 2-21 - Nancy Burgess-Dismuke - 52 - Greenville SC - She was playing in her yard with 2 of her dogs said to be  BOXER MIXES - Neighbors heard her screaming and at first thought they were just playing, then realized they were mauling her  - several men came running and hit the dogs with various things but the tiny woman had lost so much blood from her upper extremities ... "one arm was hanging and the other was bitten off!!!"

She sounds like an idiot. Who puts their arms in their dogs' mouths to play with them? This story is horrifying. Absolutely insane.

I used to play this way with my Newfoundland/collie mix, she never decided to chew my arm off, in fact, she was always quite gentle and never even left a scratch or bruise. In any case, I'm glad that it was the adult owner that found herself at the business end of her pit mixes and not a child. I've decided humans are devolving and getting dumber, some will never see the light when it comes to breeds like this, so when they get eaten by their own dogs I celebrate a bit and am glad it wasn't an innocent person.