SYDNEY, NSW AUSTRALIA - COLIN AMATTO, 40, DIED 5 WEEKS AFTER HE WAS HORRIFICALLY MAULED BY 2 AMERICAN STAFFORDSHIRE TERRIERS AS HE WAS TRYING TO STOP THE MEAT GRINDERS FROM ATTACKING A MOTHER AND HER DAUGHTER 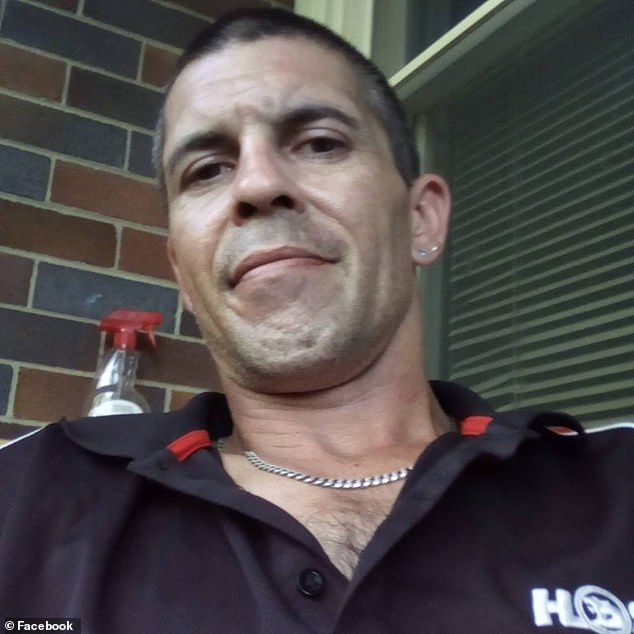 Friends and family have paid tribute to the dog attack hero who died in hospital five weeks after he was horrifically mauled by two American Staffordshire Terriers.
Colin Amatto, 40, died in Westmead Hospital on Friday afternoon, following the vicious dog attack at a residence in Tregear, 46km west of central Sydney, on January 24.
Mr Amatto put his life on the line to protect a 10-year-old girl and her 39-year-old mother from the crazed dogs.
He suffered multiple bites to his ears, face, chest and abdomen when he was ravaged by the dogs and went into cardiac arrest. 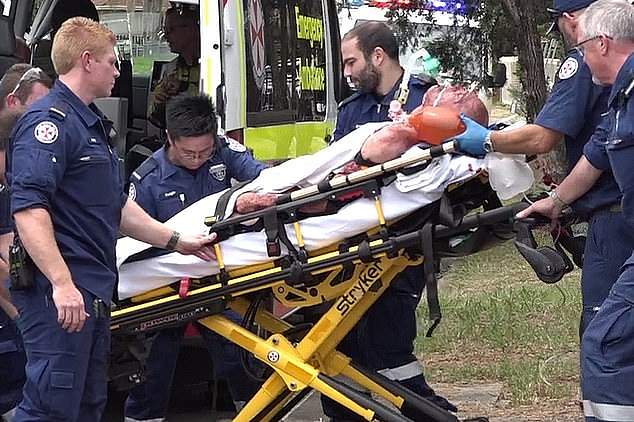 Mr Amatto's brother-in-law Brendan Fox described him as a hero and questioned what would have happened if the 40-year-old didn't intervene.
'He saved two people, if he hadn't have stepped in when he did, who knows what would have happened, so for that he's a hero,' Mr Fox told Seven News.
The attack happened inside the home where Mr Amatto had been living for two years.
The dogs belonged to Mr Amatto's best friend of over 30 years, Dave Murray, and neighbours said Mr Amatto had been seen sleeping with the dogs weeks before the fatal attack. 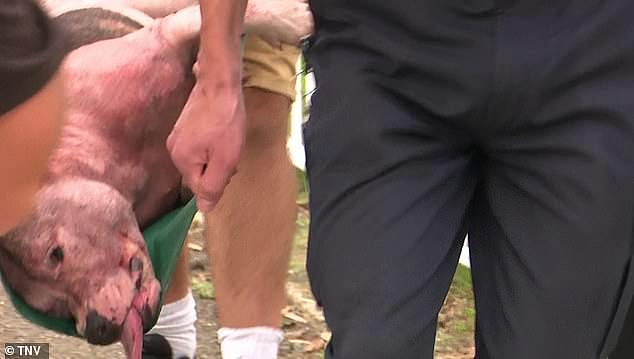 The dog owner's wife, Laura Murray said: 'He knew the dogs for a long time, so we don't really know what happened.'
Mr Fox said Mr Amatto's family did not blame the dog owners for the attack.
At the time of the incident the mother and daughter, who were bitten on the forearm and back respectively, ran to neighbour Daemgalo Ofa's house.
Ms Ofa's son, Sione, said the pair were crying hysterically when they ran into the house asking for help.
'Mum said there was blood all over the woman and her child when they ran into our house looking for help,' Mr Ofa told the Daily Telegraph.
Mr Amatto was surrounded by loved ones when his life support was switched off on Friday afternoon.
An online fundraiser has been set up to raise money for Mr Amatto's funeral.
'The painful decision to turn off his life support was made and he passed away peacefully surrounded by his loved ones,' the fundraiser said.
'As this is a sudden passing of our young beloved, we kindly ask our family and friends to please help us to give Colin a hero's farewell that he deserves.'
Police are still investigating the fatal attack and will prepare a report for the Coroner.
The dogs, described on their registration as American Staffordshire terriers, were sedated at the scene with the assistance of RSCPA NSW inspectors and were euthanised the following day.
The confirmation of Mr Amatto's death comes as a 70-year-old woman was hospitalised after being mauled by a dog in Sydney's west on Saturday.
Emergency services were called to Priam Street, Chester Hill, at about 8.20am.
The woman, who was walking her dog, had been bitten on the hand after two dogs approached her while she was walking her dog.
She was taken to Auburn Hospital for further treatment.
https://www.dailymail.co.uk/news/article-6763331/Pictured-Dog-attack-hero-40-rushed-save-mother-daughter-dies-five-weeks-later.html?ito=facebook_share_fbia-middle&fbclid=IwAR2t7KD_shqN8Y2Ye9xWNR-eNXsKMuev7hdM8eGlYHc359pHr2006d7DXl0