HAWICK, ROXBURGHSHIRE SCOTLAND - A 6-WEEK-OLD BOY IS IN CRITICAL CONDITION AFTER BEING MAULED AT A FAMILY MEMBER'S HOME BY A "SMALL TERRIER"

UPDATE:  A LAKELAND TERRIER - https://www.thesouthernreporter.co.uk/news/baby-still-in-critical-condition-in-hospital-following-dog-attack-in-hawick-1-4906927?fbclid=IwAR1Vb9SknzVjZZKB3Ud7ErpoGSpqD38Q-LbCpkjA3nmLUe16Gmqnl7kqISU
Mikey Skelly, aged six weeks, is fighting for his life in hospital after being flown by helicopter from his aunt’s home in Hawick, Scottish Borders. He is in a critical condition after  THE TERRIER   left him with severe injuries on Thursday.

Neighbours described seeing the baby’s mother, Lucy Donaldson, 28, in ‘hysterics’ while the grandfather had his face in his hands after discovering the wounded boy.  It is believed she had left the baby at her sister’s home as the pair went out, leaving him in the care of her sister’s partner, according to the Daily Record. Neighbour Teresa Currie, 37, believed Mikey had been left inside alone as her sister’s partner was outside playing football with his children and Lucy’s other kids. She didn’t know how long they were playing outside, before she saw Lucy and her sister pull up and go into the house.

Teresa told the Daily Record: ‘The next thing I saw Lucy running out of the house, hands up in the air, screaming. ‘I can’t imagine what Lucy has walked in to see. Whatever she saw, she couldn’t go back in that house again.’

The neighbour said Lucy’s sister came out of the house carrying the dog, 'WHICH IS A WEE THING,'  and apparently took it to the vet to be put down. She called Lucy a ‘great mum’ and said she was devastated for the family, who apparently were keeping a bedside vigil on Thursday night. Mikey is currently being treated in the trauma unit of the Royal Hospital for Sick Children in Glasgow, after emergency services were called at 4.35pm. It is understood the couple own several dogs, including lurchers and terriers. Another neighbour, who asked not to be named, said she was wary of the terriers as she claimed they can be aggressive. She said: ‘I wouldn’t trust them or let kids in there. They are vicious little b*******.’

Forensics arrived at the scene yesterday, while police said enquiries are ongoing. Hawick councillor Davie Paterson said: ‘It’s an absolute tragedy and it’s going to hit the town hard. ‘I don’t know the full circumstances of what happened but from what I’m hearing the child could be scarred for life. ‘I was told about it with the council yesterday and I was absolutely horrified.’

Internet pictures of Lakeland Terrier - 14 in < > at shoulder, 15 to 17+ pounds, bred to kill fox England/Scotland 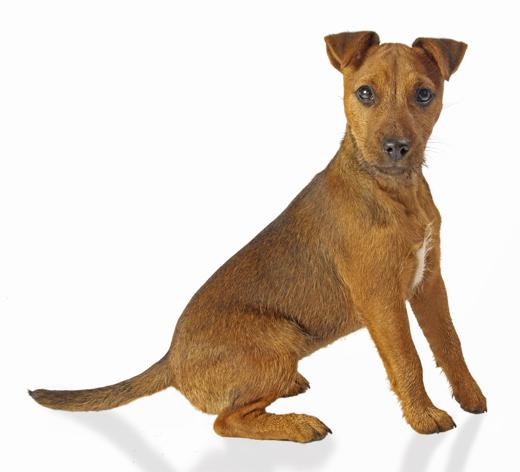 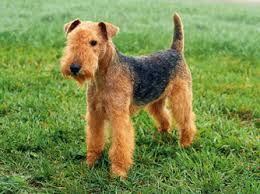 A six-week old baby boy is in a critical condition in hospital after being attacked by a dog in the Borders.
Emergency services were called to an address in Burns Road, Hawick, at about 16:35 on Thursday.
The baby was taken to the Borders General Hospital before being airlifted by a trauma team to the Royal Hospital for Children in Glasgow.
Police said inquiries were ongoing and confirmed that the dog involved had been destroyed.
One neighbour, Teresa Currie, told the BBC the family was "devastated" by what had happened.
"I saw the mummy coming out of the house screaming, her hands were in the air," she said.
"She wouldn't go back in the house which is a hard thing to do because as a mum you want to be there and do whatever it is you can do to take the pain away.
"He is not in a good way is what I have been told."
Hawick councillor Davie Paterson said: "It's an absolute tragedy and it's going to hit the town hard.
"I don't know the full circumstances of what happened but from what I'm hearing the child could be scarred for life.
"I was told about it with the council yesterday and I was absolutely horrified."
https://www.thetimes.co.uk/article/baby-attacked-by-dog-in-aunts-front-room-is-in-critical-condition-88nhvpblz
https://metro.co.uk/2019/04/12/baby-boy-fighting-life-mauled-dog-9190073/

COPS are probing a dog attack on a baby boy that left the child fighting for his life in hospital.
Emergency services raced to the scene in Hawick, Roxburghshire, around 4.25 pm yesterday after a 999 alert was raised.
The tot, reported to be just six weeks old, was rushed to hospital by ambulance.
Last night officers remained at the scene.
In January Aberdeen Sheriff Court heard how  a baby girl suffered “horrific” injuries after being savaged by a massive dog described as “the size of an adult”.
The 22-month-old was attacked and bitten “repeatedly” by an American bulldog in the garden of her family home in Aberdeen.
The animal’s owner, Lee Ritchie, 43, admitted breaching the Dangerous Dogs Act by leaving the large pet unsecured outside his own home.
Last July a boy suffered Serious injuries after a dog mauled him in West Lothian.
The 10-year-old was attacked in Park Road in Blackridge.
A 48-year-old woman was charged in connection with the dog attack.
Last month the Scottish government was accused of being “complacent” and “lacking leadership” over dog attacks.
Holyrood’s public audit committee is considering recommending an update to the law in light of an “increasing problem” with the control of dogs.
MSPs were critical of the government’s approach, saying the justice department had shown “total complacency”.
Community safety minister Ash Denham insisted that the Scottish government “absolutely is not complacent”.
But she said she understood that families of victims of dog attacks might be disappointed with the government’s approach.
Last night a Police Scotland spokesman said: ““The emergency services were called to an address in Hawick following the report of a baby having been attacked by a dog.
“A baby boy has been taken to hospital where he remains in a critical condition.
“Officers remain in attendance and inquiries are ongoing.”