FORT PIERCE, ST. LUCIE COUNTY FL - A VOLUNTEER WHO WAS FOUND DEAD INSIDE A FENCED PLAY AREA NEXT TO THE HUMANE SOCIETY DIED FROM SEVERE BLOOD LOSS DUE TO DOG BITES, MEDICAL EXAMINER SAYS 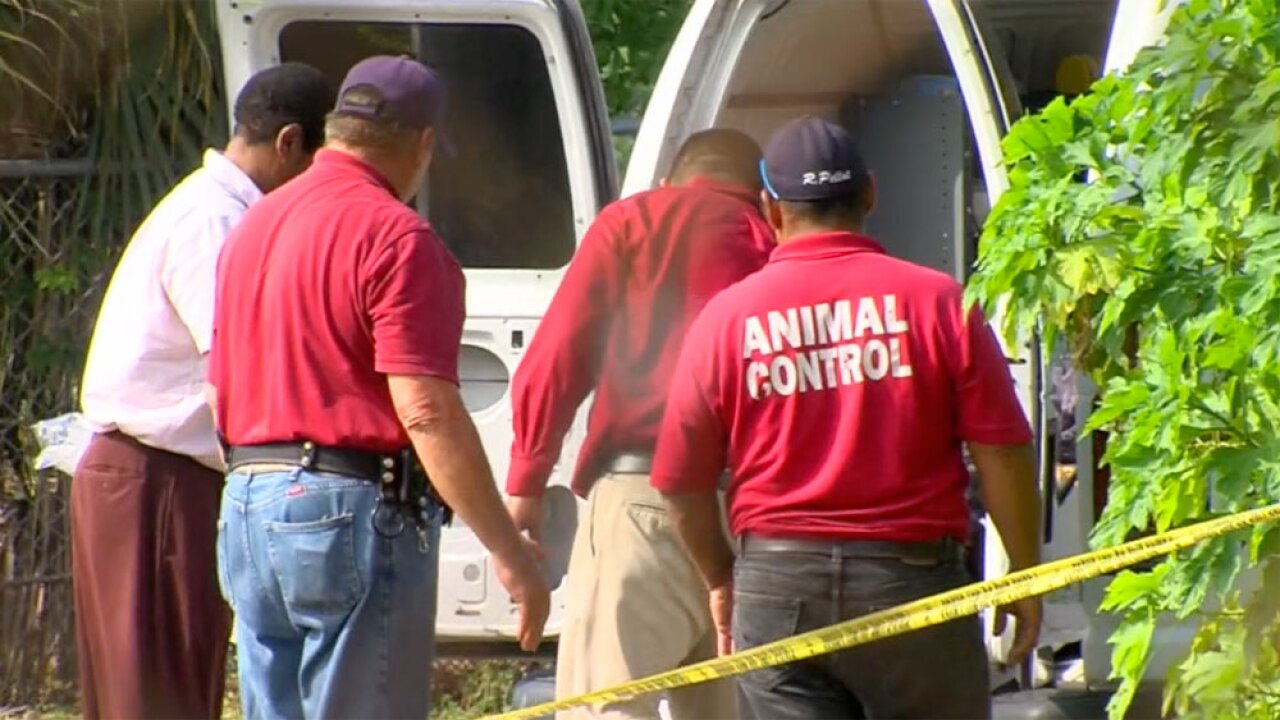 UPDATE WITH VIDEO:  The female volunteer at the Humane Society of St. Lucie County who was found dead inside a fenced play area next to the shelter Thursday died of severe blood loss due to dog bites, according to the St. Lucie County Medical Examiner's Office.

It ruled the death accidental.

The Human Society of St. Lucie County has identified the woman as Christine Liquori. 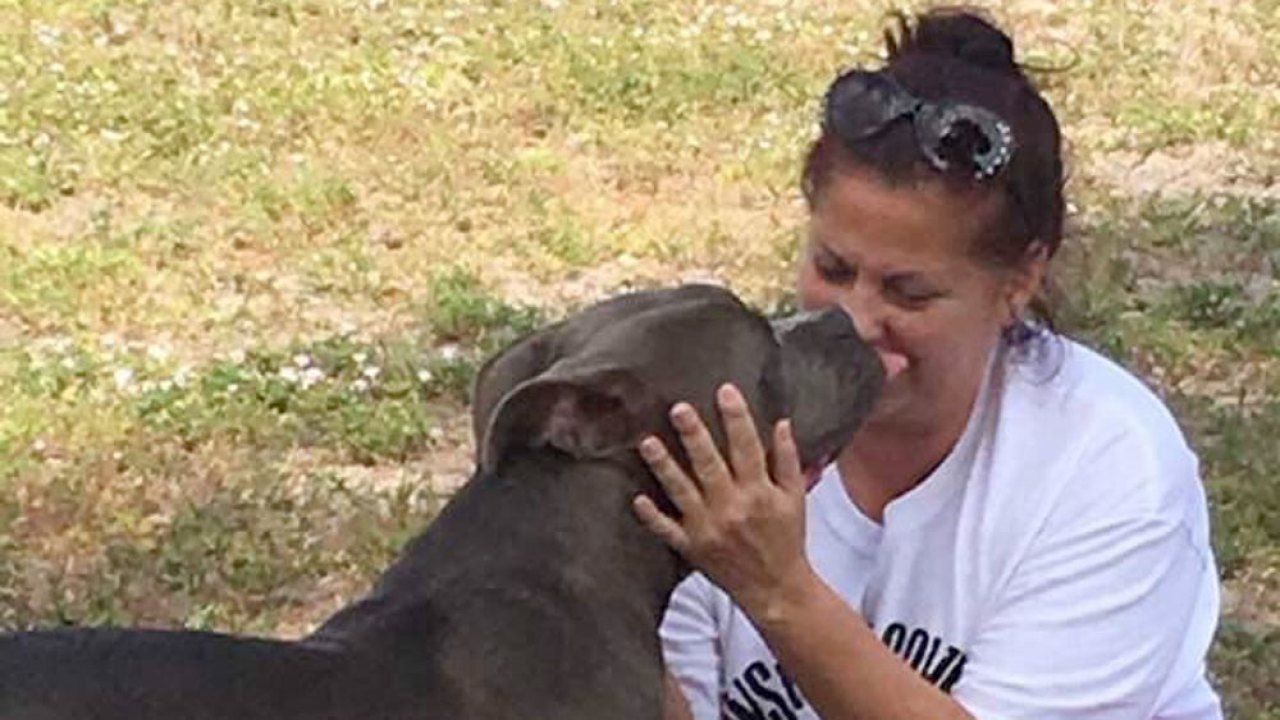 "The dogs here have lost a dear dear friend and we’ve lost a dear dear friend and wonderful volunteer. Whatever needs to be done for those dogs, Christine was there for it whether it was walking them, bathing them, playing with them, loving on them, taking their picture," Humane Society of St. Lucie County Executive Director David Robertson said Friday before the medical examiner revealed its results.

He said a "MIXED-BREED DOG"  was with Liquori at the time and had no prior issues. The dog had been at the shelter for about 8 days prior to the incident.

"The dogs and all of us here are really going to miss her and we want to extend our deepest and sincerest sympathies to all of her families," Robertson said.

The dog was set to be euthanized Friday.

Liquori was a member of Paws Fur Recovery, a non-profit organization made up of people in recovery that volunteer to find homes for dogs in shelters.
You could say Liquori saved dogs every day because they saved her.

Robertson said Liquori was in the fenced play area with a dog alone on Thursday. It’s not clear why there was no one else with her. He said she was found dead.

“I feel like this is an isolated issue. It’s not something we’ve encountered so you know it’s sad. I will continue to be going out to the shelter to help these dogs because I’ve had a second chance and they deserve one too,” said Sandy Robieous, Paws Fur Recovery volunteer.


Fort Pierce police are investigating the death of a female volunteer at the Humane Society of St. Lucie County.

Police and animal control officers responded to the scene, located at 100 Savanna Rd., around 2:15 p.m. Thursday for a dog bite. 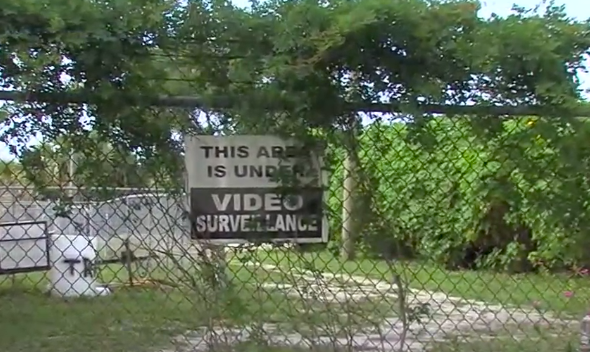 The woman was found dead inside a fenced play area, next to the shelter.
Police say it's not clear if the victim died from a dog bite or from other causes, but the dog is set to be euthanized Friday.

The victim was a member of an non-profit that works with finding homes for animals.

Volunteers at the non-profit say the woman volunteered for about 3 years and was amazing and passionate about animals.

No word on the breed of the dog or how long it had been at the shelter.
The investigation is ongoing.

2)  1-21 - Ed Stanley - 85 - Amarillo, Potter County TX - He was severely mauled over his entire body by a PIT BULL AND A SHEPHERD MIX on his driveway - A passerby came to his aid but he died 2 weeks later -  http://www.dogsbitedecatural.com/2019/01/amarillo-tx-85-year-old-man-suffered.html

3)  2-7 - Ashton McGhee - 1 - Guthrie KY - The 1-year-old baby boy lived in Hopkinsville KY and was visiting his grandparents' home when one of the family dogs came in from outside and attacked him - The Chief of Police said the PIT BULL MIX may have been spooked by a thunderstorm and then spooked again by the ball the child was playing with - "IT'S AN UNFORTUNATE FREAK ACCIDENT".

4)  2-8 - Elaine Richman - Houston TX - She owned two DOBERMAN PINSCHERS  that she trained as show dogs - She was found dead in her backyard with bite marks over her face and body.

6) 2-21 - Nancy Burgess-Dismuke - 52 - Greenville SC - She was playing in her yard with 2 of her dogs said to be  BOXER MIXES - Neighbors heard her screaming and at first thought they were just playing, then realized they were mauling her  - several men came running and hit the dogs with various things but the tiny woman had lost so much blood from her upper extremities ... "one arm was hanging and the other was bitten off!!!"

7) 2-26 - Bessie Jill Peterson - 88 - Pall Mall Pickett County TN - She was airlifted to Vanderbilt Medical Center after being mauled around 5pm by a neighbor's dogs - 6 GERMAN SHEPHERDS - Her sister, who was in the home with her, says that she went outside to check on a drainage ditch and the flooding in her yard when the dogs attacked - She tried to help her sister but the dogs chased her back in.

8) 2-27 - Johnnie Mae Garner - 88 - Lubbock TX - Family members believe that the neighbor's dogs were trying to get to her dog in her backyard and she was trying to scare them away when they mauled her.

9) 3 -5 - Jacari Long - 6 Months -Salisbury NC - The child's babysitter had gone outside to the car to clean off a seat for the baby boy when she heard her mother scream and ran inside to fine her ?PIT BULL/BOXER MIX? mauling him - He was taken to a local hospital then airlifted to Winston Salem where he was pronounced dead.

10) 3-8 - 2-Year-Old Boy - High Springs Alachua Co FL - While in the care of his grandmother who was who was letting out large dogs at his aunt's house - 2 of the dogs mauled the boy - He was pronounced dead at the scene and the grandmother was injured trying to save him - 6 dogs were taken from the home - They were adopted dogs from Rescues and appear to be Boxer/Pit mix, and various mixed breeds and a large Dogo Argentino - The 2 dogs that killed the baby were an American Staffordshire Terrier (Pit Bull) and an American Bulldog.

11) 3-13 - Jimmy Lee Grigg - 53 - Galveston County TX - The Sheriff said he was fatally mauled by 3 dogs owned by a relative on the Grigg's property and he said the dogs were MIXED BREED INCLUDING ONE HEELER/MASTIFF MIX - Cause of death was from blood loss - His brother was the one that called 911 for help - A neighbor reported that she had called animal control several times because it sounded like dogs fighting on the property.

12) 3-22 - Jaysiah Chavez - 2 - Fresno CA - Apparently the child was in the care of his grandparents when he went into the front yard - Other children ran in to tell the grandmother that dogs had the child - She tried to get the 2 Rottweilers away and save him, as did the grandpa, but he died from the injuries.

13) 3-23 - Johana Villafane - 33 - Irving TX - She was visiting her 2 Pit Bulls that were quarantined at O'Connor Animal Hospital for biting someone earlier in the month - Someone noticed her lying unconscious outside in an exercize area - Responders could not get to her because of the viciousness of the meat grinders so police shot them - She was taken to a hospital with life-threatening injuries and later pronounced dead.

14) 4-27 - Kyna Marie Pamela Deshane - 15-Months - Henderson NV - The child was fatally mauled by a 4-year-old Rottweiler owned by a family friend while she was at her grandfather's house - She was rushed to Henderson Hospital with Life-Threatening injuries and was pronounced dead there.

15) 5-2 -  Isaiah Geiling -  2 to 3-year-old boy - Louisville KY - A woman ran from the small house in the Chickasaw Neighborhood to a next door neighbor saying a Pit Bull was attacking a child - Two men ran and began attempting to get the very vicious large dog off the child who was laying face down in pools of blood and barely breathing - He was rushed to a hospital but died from the massive injuries - It is now being reported that the Monster had attacked him before.

1-24-19 - Patricia Henson - 8-Months-Old - Tucson AZ - She was found dead with a dog near her - Severely and Catastrophically Mauled - An autopsy report of 3 bags of stomach contents showed baby teeth and skeletal fragments - A neighbor reported seeing a German Shepherd taken from the home - Her mother, Breanna Henson was arrested and charged with child abuse - more later.....

2-15-19 - Brenda Hamilton - 77 - Pantego Beaufort County NC - She was attacked around 6am on Friday morning on Indian Run Road - Canine DNA was found on her - Investigators are collecting DNA from "canines" in the area to find which animal horribly and fatally mauled her .....
https://www.witn.com/content/news/Deputies-unable-to-determine-what-type-of-canine-killed-elderly-teacher-509386211.html?fbclid=IwAR1cBLzVxXT2LX7ZwKU3eA-V1NtzSUSC6FgikC4praBt7s6H7U3VNK1F0DM