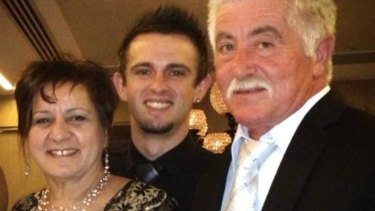 A woman tried desperately to save her husband from a vicious dog attack at their Melbourne home, as horrified neighbours banged on the fence and sprayed the animal with a hose.
The devastated neighbours were first alerted to the unfolding tragedy by the terrified screams of Leo Biancofiore's wife Donna, who was herself seriously injured when their son's American Staffordshire terrier, named Junior, attacked "out of the blue" about 6.40pm on Wednesday.
Police were called to the house on Ancona Drive in Mill Park to find Mr Biancofiore, 61, and Donna, 58, being mauled in the backyard....READ MORE
https://www.theage.com.au/national/victoria/one-man-dead-woman-seriously-injured-in-dog-attack-20190710-p52637.html?fbclid=IwAR0X-aATgT5Gs-08FvudEdF6AyKs-4OvafeuxtJAj1zN2hh2WrPPwWXokPk

An elderly wheelchair-bound man has been killed and his wife badly injured after a dog attack at a home in Melbourne's north.
Police were called to a home at Ancona Drive in Mill Park at about 6.30pm on Wednesday, where they found the body of a man believed to be in his 60s.
The man's wife, also in her 60s, was found with serious injuries to her upper body.
Police spent hours trying to catch the  AMERICAN STAFFORDSHIRE TERRIER  before removing it from the home with an animal control pole. 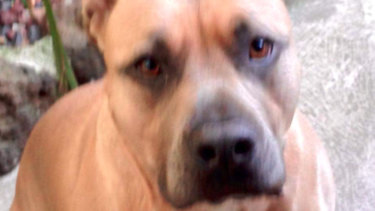 RSPCA officers put the dog in a cage and drove it away at about 10.30pm.
Senior Sergeant Glenn Parker said the dead man's daughter-in-law has given consent for the dog to be put down.
The dog belongs to the occupant's son, the dog's been here for quite some time,' he said at the scene.
'The dog will be taken to a veterinarian, and my understanding is that the owner of the dog has actually consented to that dog being put down.
'It's quite familiar with all of the members of the family and my understanding is it's out of character for the dog.'
The man who was killed was using a wheelchair.
Police said he had recently injured himself, so he was relying on crutches and the wheelchair to move.
Several witnesses in the neighborhood spoke of hearing 'deafening' screams about the time of the ordeal.
One male neighbour told the Herald Sun he tried to hose the dog with water.
'There was no stopping it,' he said, adding that it was 'giant'.
Another witness said that the dog 'was going nuts'.
Neighbours say they would often hear the dog barking but it had never caused any trouble.
Victoria Police said they are still investigating the circumstances of the incident.


A man is dead and a woman badly injured after a dog attack in Melbourne's north.

Police said the man's body was found at the Mill Park home about 6.40pm on Wednesday and the woman, believed to be his wife, was taken to hospital.
The dog remained inside the house for hours afterwards as police and a ranger tried to capture it.
The dog, believed to be a  AMERICAN STAFFORDSHIRE TERRIER, was reportedly taken away in an animal control van around 10.30pm on Wednesday.
Senior Sergeant Glenn Parker said the dead man's daughter-in-law gave consent to destroy the animal.
"The dog belongs to the occupant's son, the dog's been here for quite some time," he told reporters at the scene, according to The Herald Sun.
"He (the dog) will be taken to a veterinarian, and my understanding is that the owner of the dog has actually consented to that dog being put down.
"It's an older dog, it's quite familiar with all of the members of the family and my understanding is it's out of character for the dog."
A neighbour said there had never been trouble with the animal before.
"There was no stopping it. IT'S A GIANT PIT BULL," he told The Herald Sun.
Another witness said the dog was "going nuts".
The woman is in a stable condition in the Royal Melbourne Hospital.
https://www.sbs.com.au/news/man-dead-woman-hurt-after-vic-dog-attack