BROOKVILLE, JEFFERSON COUNTY PA - A WOMAN IS CHARGED FOR HARBORING A DANGEROUS DOG AFTER IT BIT A 10-YEAR-OLD BOY'S LEG 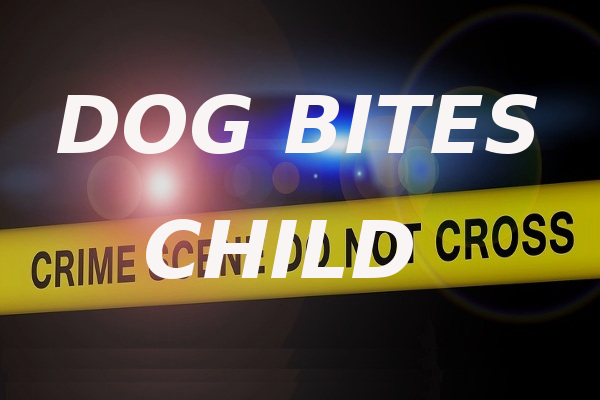 A Brookville woman is charged for harboring a dangerous dog after it bit a young boy.
The 25-year-old woman’s  PIT BULL reportedly bit a 10-year-old boy’s leg on July 6. The woman has not been named by police in their report.
The boy was taken by ambulance to Penn Highlands Brookville and was treated.
The dog was placed under quarantine for 10 days.
Although the law does not say that the dog should be euthanized, there are strict rules that the owner will have to follow for the remainder of the dog’s life. These include keeping the dog indoors or in a secure fence, paying a $500 fee per calendar year, and post a sign at their home warning others of the dog.

Just some of the requirements and definitions:
Dangerous DogsA dangerous dog is one that has:
(1) Inflicted severe injury on a human being without provocation on public or private property.
(2) Killed or inflicted severe injury on a domestic animal, dog or cat without provocation while off the owner’s property.
(3) Attacked a human being without provocation.
(4) Been used in the commission of a crime.
And the dog has either or both of the following:
(1) A history of attacking human beings and/or domestic animals, dogs or cats without provocation.
(2) A propensity to attack human beings and/or domestic animals, dogs or cats without provocation.
*A propensity to attack may be proven by a single incident.
Severe injury is defined as, [3 P.S. § 459-102] “Any physical injury that results in broken bones or disfiguring lacerations requiring multiple sutures or cosmetic surgery.”
Dangerous Dog Provisions:The Act does not apply to police dogs, guide dogs for the blind, hearing dogs for the deaf, aide dogs for the handicapped, or farm dogs (under certain circumstances).
The Act does not apply where a person attacked, provoked the animal, or was committing willful trespass or another unlawful act for which civil suit can be brought.
If a dog attacks a person, the person (or anyone acting on his/her behalf), the state dog warden, or a police officer may file a complaint with a magisterial district justice charging the owner or keeper with harboring a dangerous dog.
Responsibilities of dog owner:
(1) Register the animal with the Bureau of Dog Law Enforcement and reregister the dog annually by January 1st of each year regardless of when the dog was initially registered.
(2) Registration fee is $500 per calendar year for the life of the dog.
(3) Confine the dog in a proper enclosure.
Proper enclosure of a dangerous dog is defined as, [3 P.S. § 459-102] “the secure confinement of a dangerous dog either indoors or in a securely enclosed and locked pen or structure, suitable to prevent the entry of young children and domestic animals and designed to prevent the dangerous dog from escaping. The pen or structure shall have secure top and shall also provide protection from the elements for the dog. If the pen or structure has no bottom secured to the sides, the sides must be embedded at least two feet into the ground.”
(4) It is unlawful for an owner or keeper of a dangerous dog to permit the dog to be outside the proper enclosure unless the dog is muzzled and restrained by a substantial chain or leash and under the physical restraint of a responsible person.
(5) The muzzle shall be made in a manner that will not cause injury to the dog or interfere with its vision or respiration, but shall prevent it from biting any person or animal or from destroying property with its teeth.
(6) Post the premises with a clearly visible warning sign that there is a dangerous dog on the property. In addition, the owner shall conspicuously display a sign with a warning symbol that informs children of the presence of a dangerous dog.
(7) Spay or neuter the dog.
(8) Microchip the dog.
(9) Be compliant with court ordered restitution.
(10) Obtain:
a. A surety bond in the amount of $50,000 issued by an insurer authorized to do business within this Commonwealth, payable to any person injured by the dangerous dogs.
b. A policy of liability insurance, such as home owner’s insurance, issued by an insurer authorized to do business within this Commonwealth in the amount of at least $50,000, insuring the owner for any personal injuries inflicted by the dangerous dog. The policy shall contain a provision requiring the secretary to be named as additional insured for the sole purpose of being notified by the insurance company of cancellation, termination or expiration of the liability insurance policy.
c. The owner shall maintain and not voluntarily cancel the liability insurance required by this section during the period for which licensing is sought unless the owner ceases to own the dangerous dog prior to expiration of the license.
(11) The owner or keeper shall notify the Bureau of Dog Law Enforcement, the State Dog Warden and the local police department within 24 hours if a dangerous dog is on the loose, is unconfined, has attacked another animal, has attacked a human being, has died or has been sold or donated.
(12) If the dangerous dog has been sold or donated, the owner shall also provide the Bureau of Dog Law Enforcement and the State Dog Warden with the name, address and telephone number of the new owner or new address of the dangerous dog.
(13) The new owner or keeper of the dangerous dog shall be required to comply with all of the provisions of this act and regulations pertaining to a dangerous dog.