WIDNES ENGLAND - ELAYNE STANLEY, 44, WAS FATALLY MAULED BY HER 2 LARGE DOGS INSIDE HER HOME ...NEIGHBORS DESCRIBE THE DOGS AS MASTIFF TYPES OR AMERICAN BULLDOG TYPES 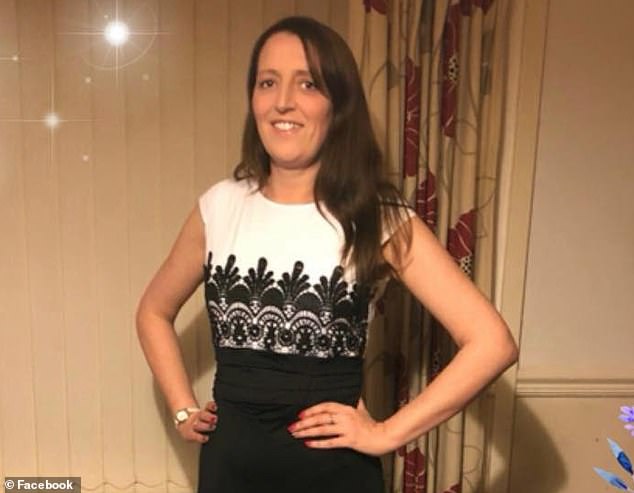 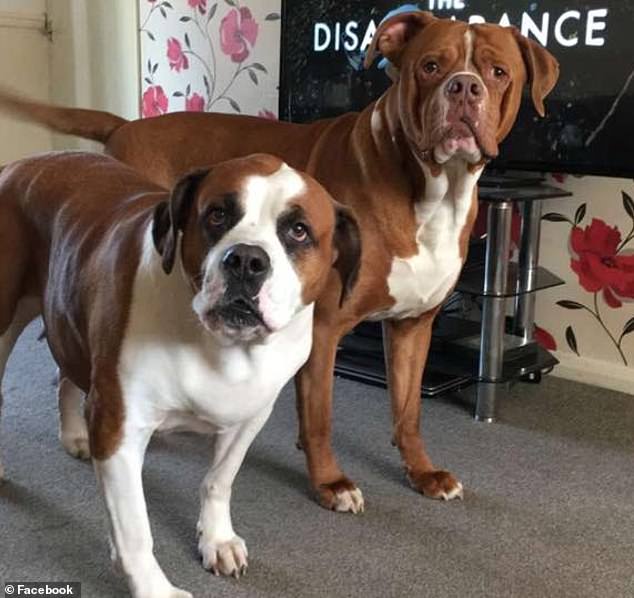 A mother-of-three has died after being attacked by two dogs at her house in Cheshire.
Police and an air ambulance were called to the residential street in Widnes shortly after 5pm yesterday afternoon after the woman's daughter raised the alarm.
The victim, named locally as 44-year-old Elayne Stanley, was found with serious injuries and died at the scene.
Neighbours say it was Ms Stanley's own dogs, which they say were MASTIFF-TYPES  called Billy and DJ, which launched the attack.
Bev Hall, 39, who lives opposite and has been friends with Elayne for 22 years, saw the aftermath of the incident.
She said: 'Elayne was at home with her daughters and she was arguing with her daughter.
'We were here putting the tea on and the next thing her daughter runs in screaming for help saying "the dogs are attacking mum".
'We both dropped everything and ran over bare footed. The living room door was closed and Elayne was behind it so we couldn't get in.
'I could hear a dog growling and scratching, we threw all sorts to and banged on the windows to try and distract the dogs.
'Then the police were called, my partner and a couple of the neighbours started throwing bricks at the dogs from the side door. 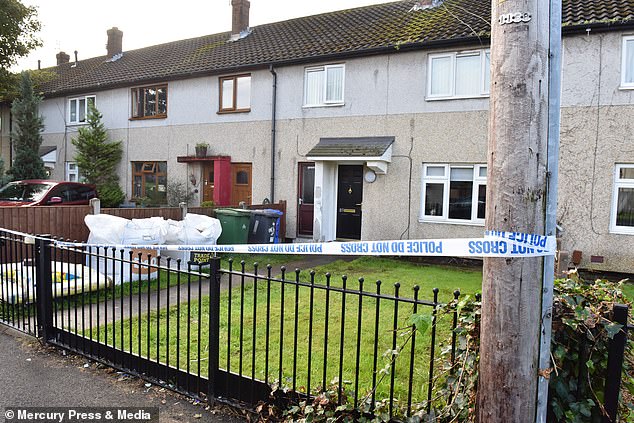 'Once the dogs were in the back garden my partner locked them out... By the time the paramedics came there was nothing they could do.'
Ms Hall added: 'She had the dogs for two or three years, they were actually her fella, Paul's, dogs.
'She had the girl dog Billy for a while before she got the second dog DJ which she's had about a year now.
'I have never known those dogs to be violent. My kids have slept on those dogs and used them as pillows, I can't believe it.
'They used to bark when you went in and Elayne had started shutting her curtains because they would bark when people went past but I have never known the dogs to act that way.
'The police tried to tranquillise DJ three or four times but he wouldn't calm down, he had the taste of blood so he went for the police officers and they had to put him down.
'He was shot twice but Billy the girl dog was tranquillised and taken away.'
Another neighbour, who asked not to be named, said Ms Stanley was a 'nice woman, she always said hello when she walked past'.
Describing the incident, the neighbour added: 'I was sat upstairs and I just heard a girl shouting "DJ".
'I heard the girl screaming "I can't get to her" and the next thing someone was kicking the door in.
'I know they were AMERICAN BULLDOG TYPE DOGS. She was only a little woman, she didn’t really stand a chance.
'They always seemed like they were nice enough dogs, they were never out of control.
'You don't know what’s provoked it. I've heard people saying there was an argument but you just don’t know.
'The police must have shot them because I heard the shots, it sent our two dogs crazy.'
Police have cordoned off a terraced house in the street and are continuing to investigate.
A spokesman said: 'At around 5.15pm on Tuesday 24 September police received reports that a 44-year-old woman had been attacked by two dogs at an address on Graham Road in Widnes.
'Officers attended the property and discovered that the woman was in a serious condition. Sadly, despite the best efforts of all those involved, the woman died at the scene. Her next of kin have been informed and are being supported by officers.
'Following the attack, repeated attempts were made by officers to safely secure the two dogs in order to remove them from the address.
'One was safely detained, however officers were unable to secure the second dog. Attempts were made to tranquilise the second dog but this was unsuccessful so, in the interests of public safety, the dog was destroyed. The other dog remains in a secure kennel.'
Detective Inspector Ian Whiley said: 'We understand that people in the local community will be concerned when they hear about what has happened.
'But I would like to reassure residents that we are doing all that we can to establish the full circumstances of the incident.
'However, at this stage, it is believed that the dogs were known to the woman and were living at the address. This has been an extremely distressing incident and our thoughts are with the woman’s family at this difficult time.'