BAY CITY MI - A FAMILY THAT OWNED 6 PIT BULLS LET THEIR 3-YEAR-OLD BOY PLAY IN THE BACKYARD WITH 4 OF THEM ...2 THAT WERE IN THE HOUSE BROKE THROUGH A STORM DOOR TO ATTACK HIM ...AND THE OTHER 4 CIRCLED!!! 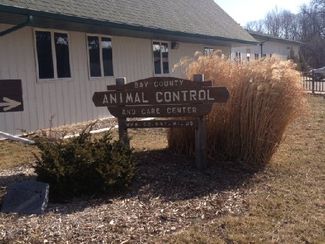 MUCH MORE ON VIDEO:  https://www.wnem.com/news/two-dogs-euthanized-after-attacking-child-in-bay-city/article_0c1bed90-2378-11ea-860f-93036b97874d.html?utm_medium=social&utm_source=facebook&utm_campaign=user-share&fbclid=IwAR0TrDxM7deUfrN2bUJMFzTq7K4o0VqbfFgbszC2wIOilj4R7verIr9CqCs


A 3-year-old Bay City boy is recovering from injuries after he was mauled by 2 PIT BULL-TYPE DOGS  at his home, an attack police say ended when his mother shielded her son with her own body.
Just before 4 p.m. on Nov. 25, Bay City Public Safety and Bay County Animal Control officers responded to a dog-bite call in the 900 block of South Jefferson Street. The neighbor who had called advised there were 6 6 dogs involved and running loose in the neighborhood.
Officers found a 3-year-old boy had suffered bite wounds to his head and side. His mother rode with him in an ambulance to a Saginaw hospital, according to Bay County Animal Control Officer Olivia Shields.
Shields said four of the dogs were captured and put in a truck and two others were contained in the house.
The mother’s husband arrived home after 5 p.m.
“He ended up signing over one dog he knew for sure had been involved,” Shields said. “We took another three for quarantine at the shelter, as there were too many to do that at their house. We left two quarantined at the house until we figured out what was going to happen.”
It is standard for a dog to be quarantined for 10 days after it bites a human, Shields added.
The family had surveillance cameras on their property. A few days after the incident, they provided a flash drive containing video footage of the attack to investigators, Shields said.
The footage showed two of the six dogs were involved in the attack on the boy, who was outside in a fenced backyard at the time.
“They broke through a storm door to get to him,” Shields said. “One starts attacking him immediately and another joins in while the others circle. (The mom) literally had to pull her son out of the dogs’ mouths."
The mother ended up passing the boy to her neighbor, who took him to another house and called 911, Shields said.
The boy was subsequently hospitalized. He has since recovered, but has scars, Shields said.
“He’s lucky, that’s all I can say,” Shields said.
The six dogs are PIT BULL-WEIMARANER MIXES, with the owners claiming they are part great dane as well, Shields said.  As of Tuesday, Dec. 17, the two dogs involved in the attack have been euthanized. Of the four that did not participate, the family kept two, a relative took one, and the last one is still at Animal Control and up for adoption, Shields said.
Shields said investigators found no evidence the dogs had bitten anyone previously. She added no criminal charges are going to be filed against the owners.
Earlier this year, a pit bull named Chester attacked and killed Brandy J. Boschen-O’Dell, 41, in her residence at 3212 Westshore Drive in the Westshore Estates Mobile Home Park in Bay City. Chester was later euthanized.
Related to Boschen-O’Dell’s death, police sent their reports to the Bay County Prosecutor’s Office for review. As of Dec. 17, police have not heard back on if charges are forthcoming or not, said Bay City Public Safety Capt. Caleb Rowell.
https://www.mlive.com/news/saginaw-bay-city/2019/12/bay-city-3-year-old-recovering-after-mauling-by-2-pit-bull-type-dogs.html?fbclid=IwAR033AhV8k9ig9_1Du00EHUvv6JzWRxVOqzUU0bllWJYbYlhRvwPS3v1GiE